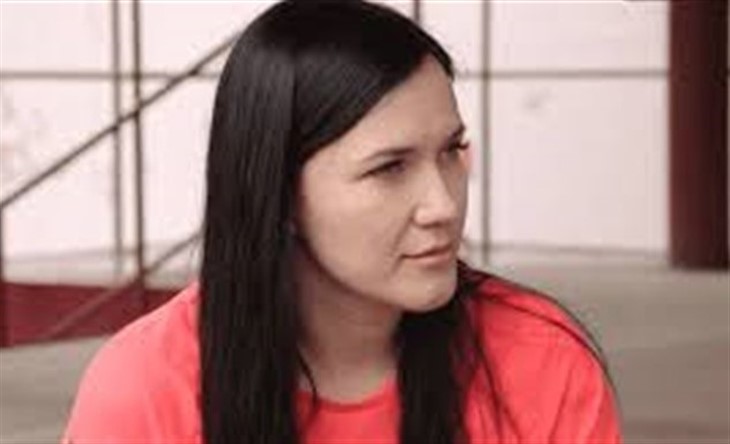 90 Day Fiancé: Before the 90 Days alum Geoffrey Paschel went to court this week for sentencing. While denying any wrongdoing, he was convicted of kidnapping and assaulting his former fiancé in October last year. Meanwhile, a heartbroken Varya Malina made herself heard on Instagram.

90 Day Fiancé fans will recall that Geoffrey Paschel starred with Russian beauty Varya Malina in season 4 of Before the 90 Days. Following their season on the show, Paschel was accused in October last year of kidnapping and assaulting his former fiancé.

Despite the fact that the couple had kept things quiet, Paschel’s relationship with Varya Malina continued off reality TV. Meanwhile, in his social media posts, Geoffrey always swore innocence. As for Varya, when Paschel was arrested she went off social media for a while. However, she is back and since his imprisonment, the Russian beauty has always stood firmly behind her man.

A statement from Knox County, Tennessee District Attorney Charme Allen read that prosecutors in DA Charme Allen’s Domestic Violence Unit have obtained an 18-year sentence. The statement noted that the defendant had assaulted his fiancé and had refused to let her leave her residence.

According to the statement, Paschel’s former criminal history, including convictions of possession with intent to sell a controlled substance and two federal drug trafficking charges, played a part in his sentencing on Thursday. Allen said that with the sentence in this case, no other victims will be abused by this offender for a long time.

Meanwhile, Varya is still behind her man and is obviously heartbroken by the sentencing. She made a video post to Instagram with a moving caption. Malina thanked her followers for checking on her, saying she really appreciated their support and calling them her “Instagram fam.”

She wrote that right now, she is very short in her messages and doesn’t answer any calls, only those from family members. Varya asked her followers to not misunderstand her current actions, writing, “I don’t ignore or underestimate you for goodness’ sake. It just takes so much energy and time to respond to the same questions over and over again. I feel emotionally exhausted.”

The Russian TV reality star continued, writing that she wants to focus on her own mental health right now, as well as that of several people affected by the same situation. She told fans not to worry, as her counselor takes good care of her.

“The Varya you know keeps more love in her heart than hate and I try to catch up with her on that. With that being said, my dear trolls, I’m talking about those who leave nasty comments here, thank you for bringing extra money in my pocket.”

In closing, Varya wrote that she is looking forward to April 14, as it is her father’s birthday. She claimed that he is her guardian angel and she knows “eventually everything will be alright.”