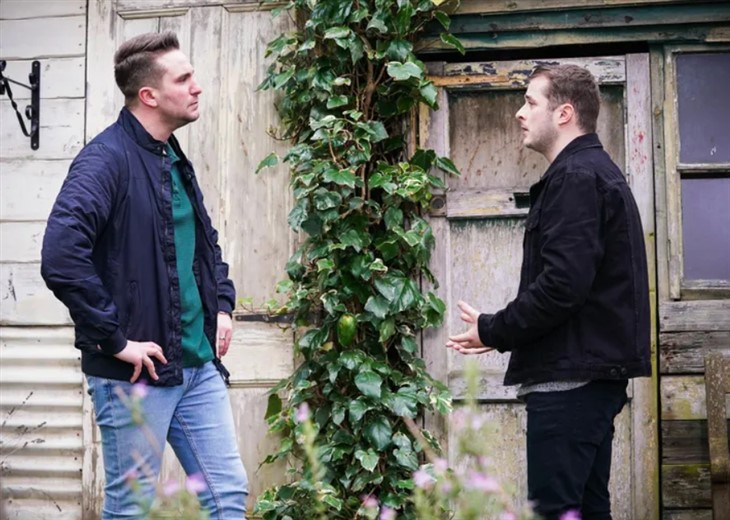 Fans may recall that Ben’s dark secret was exposed. It was revealed that he was the man behind the brutal attacks in the area. Callum was horrified when he learned about it. Ben decided to open up to Lewis about what he’s done. The latter’s reaction was different from that of Callum.

Because of that, Ben thought that Lewis understood him more than Callum, and they shared a kiss. Ben realized that it wasn’t right and pulled away, but it was already too late because Callum had seen what happened between them.

Ben insisted that the kiss meant nothing but Callum just can’t get over the betrayal. The latter breaks up with Ben but he’ll eventually show the keys to their flat, which indicates that he really wants to have a future with Ben.

Callum is willing to give their relationship another chance provided that Ben follows his ground rules, which include not seeing Lewis anymore. He also promises that he won’t tell the police about the attacks as long as Ben never betrays him again.

Callum may seem to be ready to move past Ben’s mistake but it’ll be harder than it seems.

In an interview with Digital Spy, Tony Clay, the actor behind Callum, opened up about his character’s struggle toward moving past Ben’s betrayal.

The actor admits that it’s probably too early in their marriage and starts to think if he can get over it.

Eastenders will be featuring a male rape storyline, which is set to air later this month. Ben will be raped by Lewis Butler, the guy he shared a brief kiss with. The show is working with Survivors UK, Survivors Manchester, and the Male Survivors Partnership so that it can cover the storyline with sensitivity in mind.

Max Bowden, who plays Ben, said that he’s honored to have the opportunity to be a part of this important story.