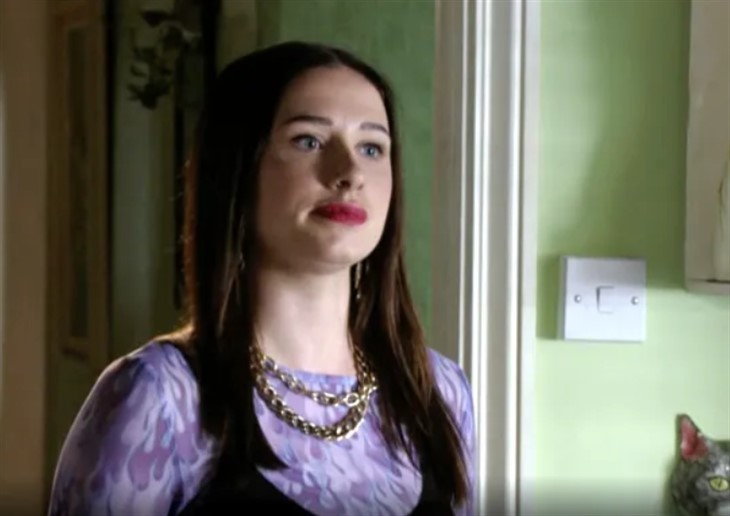 EastEnders spoilers, news, and updates tease that Dotty Cotton (Milly Zero) will make a shocking discovery. She’ll learn that Stuart is struggling to connect with Roland, which is part of the latter’s postnatal depression storyline.

In upcoming scenes, Stuart will bump into Dotty on his way home from his first chemotherapy. The club manager immediately assumes that Stuart is high on drugs and threatens to tell Bernie Taylor (Clair Norris. Stuart will feel pressured and has no choice but to come clean about his struggles in connecting with his newborn son.

Ever since Roland was born, Stuart has been struggling to bond with his son. Unfortunately, it’s not going his way, and it has left Rainie (Tanya Franks) concerned about his behavior.

Fans may recall that Stuart was diagnosed with breast cancer last year. It took a long time before he finally agreed to accept help for his cancer. At last, he said yes to undergoing chemotherapy for Roland. He’s also taking painkillers in secret despite being a drug addict in the past.

As he started taking painkillers, Stuart continued to avoid his baby son. There was a time when he agreed to take Roland to his weigh-in. However, he started to question his ability to look after a child the moment he held him in his hands.

EastEnders wants to make sure that Stuart’s postnatal depression is told sensitively and realistically. The show has worked closely with PANDAS and Mind to achieve this purpose.

“PANDAS Foundation were delighted to hear that EastEnders intended to produce a storyline highlighting postnatal depression in men,” said Annie Belasco, Head of the Charity PANDAS.

Belasco said they had a wonderful time helping the team of Eastenders in making sure that Stuart’s postnatal depression journey is relatable to other fathers who are also struggling to bond with their babies.

She added that many people still need to know about postnatal depression among fathers. That is why it’s important to raise awareness so that men who may be going through it could seek the support they need at an early stage.

With the appropriate support, fathers who are suffering from postnatal depression can make “a full recovery of any low level perinatal mental illness.”