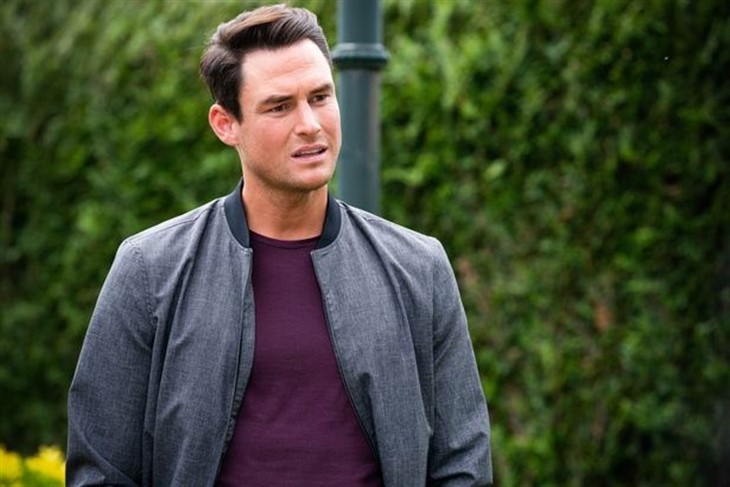 EastEnders spoilers and updates tease that Zack Hudson (James Farrar) will make a shocking discovery about Linda Carter (Kellie Bright). He’ll overhear her conversation about her plan to get Mick Carter (Danny Dryer) back.

Fans may recall that Linda’s drinking problems have caused her nothing but trouble. Zack and Martin Fowler (James Bye) had no choice but to ask Linda to leave Sharon Watt’s (Letitia Dean) house. Now that she had no place to go, Mick was forced to take her in. However, Mick still wants Zack and Martin to reconsider.

Mick knows about Linda’s drinking problems. He wants her to get professional help, and he’s trying everything he can to support her. At first, Linda gets annoyed with Mick’s constant reminder that she needs to get help.

She eventually warms up to the idea of going to an addiction meeting after Mick shares his own troubles and reveals that he also struggled to overcome his past experiences. Janine Butcher (Charlie Brooks) starts to worry about Mick getting closer to Linda again, especially after learning that he’ll be attending Linda’s meeting, too.

Linda eventually returns back to Sharon’s home, and that’s when Zack learns about her plans to win Mick’s heart again. But Zack warns her that she shouldn’t expect too much, especially when it comes to reconciling with Mick.

EastEnders Spoilers – What happens When Linda Carter Declares Her Feelings For Mick Carter?

Linda Tells Mick About Her Feelings

Nancy invites Linda to a meeting, and the latter asks Mick if he wants to join them. The latter declines because he doesn’t want to send the wrong signal to Linda. However, he decides to join them later on after learning that Linda got the place for a lower price.

Nancy leaves Linda and Mick alone, which worries Janine. The latter learns from Nancy that she left her parents alone so they could talk. The pair will enjoy each other’s company at Walford East.

That’s when she’ll decide to be honest to Mick about her feelings. How will Mick respond when she declares her love for him?

As for Janine, she’ll come up with a plan to get rid of Linda for good. She’ll offer Linda a significant amount of cash, and in return, she’ll have to leave town and never return. Will Linda accept the offer? Will Mick discover Janine’s schemes?