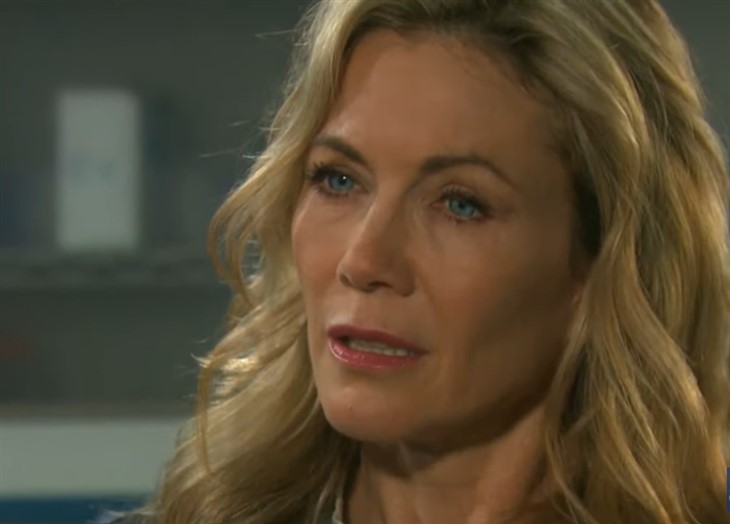 Days of Our Lives spoilers reveal that Kristen DiMera (Stacy Haiduk) turns the tables on Steve “Patch” Johnson (Stephen Nichols). Waiting for Steve in his hotel room, Kristen has a gun and isn’t afraid to use it. There is no way that Kristen is going to be dragged back to prison without a fight. Kristen is described as a “caged animal” as she tries to get out of her situation.

DOOL spoilers reveal that Steve and Kayla Johnson (Mary Beth Evans) are in Italy searching for Kristen. Steve dressed up as a priest while Kayla donned a nun outfit. The two came up with a cover story as to why Kayla needed to stay at the convent. The plan worked and Mother Superior (Ellen Crawford) believed their story.

The plan is for Kayla to stay at the convent and search for clues. Steve goes back to the hotel but tells his wife to be careful. Unknown to “Stayla,” Kristen knows they are there and it’s not Kayla in danger at the moment, but Steve.

According to the new issue of Soap Opera Digest, Steve walks into his hotel room after leaving Kayla at the convent. Steve is blindsided by Kristen, who is holding a gun. Kristen believes that Steve is there for Sarah Horton (Linsey Godfrey). Then, she is accused of making Philip Kiriakis (Jay Kenneth Johnson) disappear and framing Brady Black (Eric Martsolf) for murder.

Days Of Our Lives Spoilers – Kristen DiMera A ‘Caged Animal’

Days of Our Lives spoilers reveal that Kristen denies having anything to do with Philip’s disappearance or framing Brady. Once Kristen realizes that Steve is there to take her back to prison, she freaks out. Making Kristen feel even more panicked is discovering that Brady is the one who hired Steve to find her. Haiduk describes her character as feeling like a caught animal in a cage.

Kristen decides to take drastic action to take care of the Steve problem. Then, Kayla texts her husband. Kristen pretends she is Steve and tells Kayla that everything is perfectly fine. Meanwhile, Steve is laying face down on the hotel room floor completely motionless. What has Kristen done now, and is Steve dead or alive?

“We don’t know what’s happened to him, if he’s dead or alive.”

Of course, fans know that Steve is probably alive. The question is what is Kristen going to do to cover up her newest crime? What happens when Steve never comes back to the convent for Kayla? Does Kristen just happen to have a Steve mask in her purse? We will have to keep watching the NBC soap to see what happens next with this storyline.