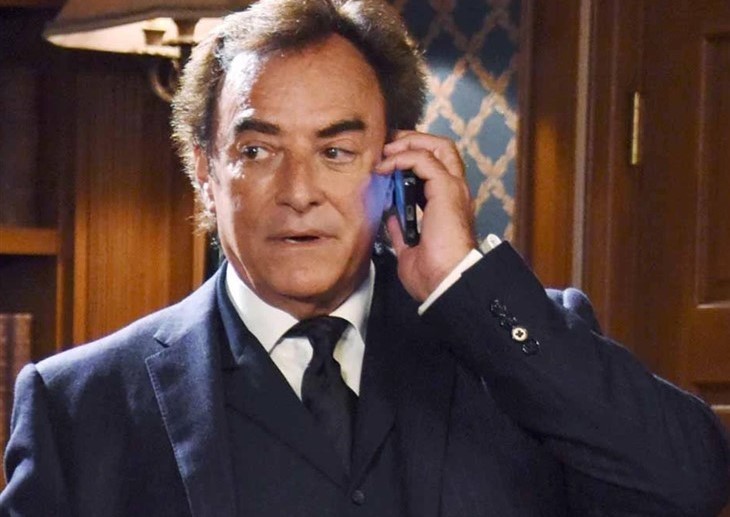 Days of Our Lives spoilers tease that Abigail DiMera’s (Marci Miller) murder has been a huge mystery all summer long. From Clyde Weston (James Reed) to Sarah Horton (Linsey Godfrey), suspects have been identified and then discounted. But who really killed Abigail? The truth may be stranger than anyone could have ever imagined. What if the killer is Andre DiMera (Thaao Penghlis)? As impossible as that sounds, let’s take a look and see.

A couple of years ago, there was another murder in the DiMera family. Andre was killed by a blow to the head. Shockingly, it turned out that Abigail was the one who killed Andre in self-defense. But Abigail blocked it out and developed DID in response. She didn’t remember what happened to Andre for several weeks. But if Andre is dead, how could he have killed Abigail? It’s always possible that Dr. Wilhelm Rolf (Richard Wharton) used his serum to bring Andre back. But he was in prison at the time Abigail was murdered.

DOOL Spoilers – The Devil Was In Salem!

During the time that the Devil was terrorizing Salem, he brought Andre back as part of his many schemes. It seemed as though Andre was sent back to Hell after the devil was defeated. But what if Andre somehow avoided that fate? What if Andre is still roaming around Salem, just waiting to get his revenge? The first person he would go after would be the woman who murdered him! Is it possible that everything has come full circle?

Days Of Our Lives Spoilers – Who killed Abigail DiMera?

Whether or not it was Andre, the truth about Abigail’s murder will come out sooner rather than later. Her husband, Chad DiMera (Billy Flynn) deserves some closure and so do their children. Abigail was a wonderful young woman and she certainly deserves justice. And if Andre did kill her, then he will most certainly pay for his crimes. Chad may even make sure he returns to Hell where he belongs and the devil’s reign in Salem will finally be over forever.

Who killed Abigail DiMera? Could Andre not be as dead as everyone believes? Will Chad finally be able to move on? Anything can happen in Salem so stay tuned to Days of Our Lives airing weekdays on NBC. And don’t forget to check back right here regularly for all your Days of Our Lives news, information, and spoilers!