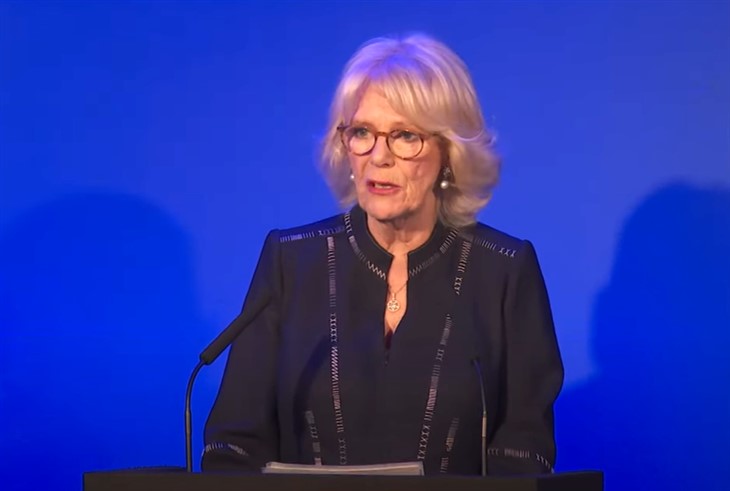 The Royals spoilers and updates tease that Camilla Parker Bowles, the Duchess of Cornwall, called for people to “tackle hatred in any of its terrible forms” during the event that celebrated the 75th anniversary of the publication of Anne Frank’s diary.

The 74-old royal attended the annual Anne Frank Lunch for Holocaust Memorial Day that was held in London last Thursday. Eva Schloss, the 92-year old Holocaust survivor, who’s also the stepsister of Anne Frank also joined the event, which remembered the victims of the genocide of European Jews during World War II.

The attendees lit candles during the event, which took place ahead of the Holocaust Memorial Day, which is scheduled to take place on January 27.

Camilla took center stage and delivered a powerful speech during the event. She shared that she read Anne Frank’s diary for the first time during her teenage years. She instantly developed a bond with the writer because of the “freshness and vitality of her writing.”

“But Anne’s story is one of six million. Six million stories that need to be told, heard and remembered to honor those lives that were lost; and to warn us of the consequences of extreme hatred,” The Duchess of Cornwall said.

She discouraged everyone from becoming bystanders to “injustice or prejudice.” She wants people today to learn from the horrific events that took place before and commit to keeping the stories of the victims alive so that the next generation will know how to tackle all forms of hatred.

The charity trains young people from different schools in Dundee, London, and Rotherham as anti-prejudice ambassadors. Some of the charity’s students spoke with Camilla and shared their own experiences.

The royal family is doing everything they can to make sure that people today and the next generation remember the victims of the Holocaust.

Prince Charles was one of the Royals who took the initiative to preserve the memory of the Holocaust survivors. Last year, he commissioned several artists to paint seven survivors of the horrific event.

He also gave an interview for the documentary, Survivors: Portraits of the Holocaust, which is set to air on BBC in the UK on January 27.