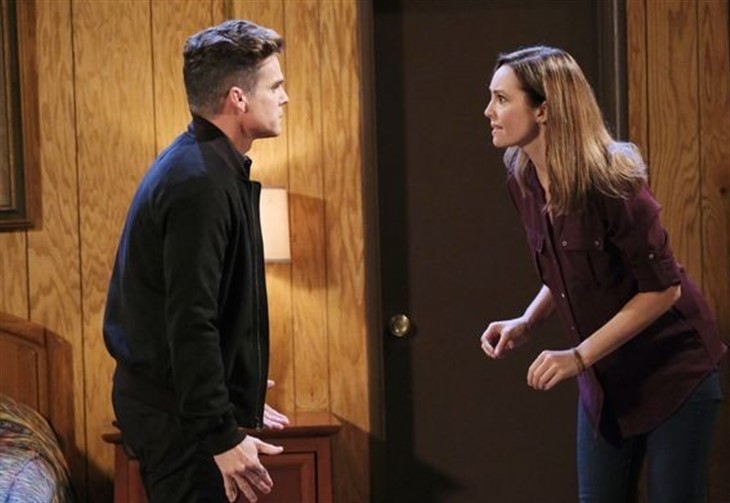 DOOL spoilers reveal that Leo is desperately trying to prove that he is innocent of criminal charges. Even though Leo told the police that Gwen confessed to killing Abigail, that never happened. Leo threw his friend under the bus to get out of jail. Once Rafe and Jada Hunter (Elia Cantu) realized Gwen is innocent, they tried to apprehend Leo again. However, they haven’t had much luck.

Then, there was the attack on Sonny and Leo looks guilty of the crime. Right now, Sonny believes that Leo didn’t attack him. After all, Leo is a con artist, not a killer. However, he has to prove that he’s innocent of Sonny’s attack and Abigail’s murder, which leads him to reach out to Gwen for help.

During the week of September 19, Leo and Gwen will face each other again. Although they used to be good friends, Gwen clearly isn’t happy that Leo lied to save himself. So, when Leo asks for Gwen’s help, she might not be willing to assist him with anything.

Gwen does listen to Leo’s theory, though. Leo insists that he is being framed for Abigail’s murder. Leo also has an idea of who it could be, which he also shares with Gwen.

Days of Our Lives spoilers reveal that when meeting with Leo, Gwen sends a text message to Rafe. Gwen tells Rafe that she’s with Leo and gives him the exact location. That leads to the police arriving and placing Leo under arrest.

According to head writer Ron Carlivati’s interview with Soap Opera Digest, Leo is taken to the police station. While there, Craig suddenly shows back up in Salem. The scribe teased to the magazine,

“Craig shows up in town supposedly because he feels guilty that he sort of brought Leo there, that he caused all of this. He’s basically upset that his ex may be a murderer and he feels somewhat responsible. This is what he’s claiming, but we’re wondering if Craig is really there just to watch the noose tighten around Leo’s neck and see him go down for a crime that Craig actually committed.”

By the end of the week, Abigail’s real killer will be revealed. However, is it really Craig or is there another twist coming?