Days Of Our Lives Spoilers: Will A Surprise Return Solve The Summer Murder Mystery? 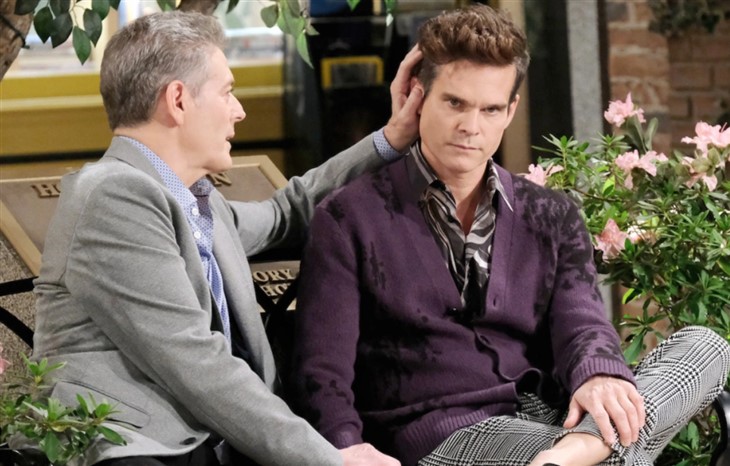 Days of Our Lives (DOOL) spoilers for Tuesday, September 20, 2022, reveal someone unexpected showing back up in Salem.

Days Of Our Lives Spoilers- Leo Stark Has A Theory

Poor Leo Stark (Greg Rikaart) has been wracking his brain trying to figure out who would hate him so much that they would set him up to take the fall for murder — and an attempted murder. He knows he has made a lot of enemies in his life with his cons but he never actually expected this to happen.

Then, it hits him who it could be and he can’t get the name Craig Wesley (Kevin Spirtas) out of his mind. He used Craig as a mark and hurt him in the worst way but he never thought of Craig as a cold-blooded killer. Still, what if he snapped? And what if it is all Leo’s fault that Craig snapped?

Before going to the police, Leo takes his suspicions to Gwen Rizcech (Emily O’Brien) just to run the idea by her and she is not quite sure what to think. It does make sense but she never pegged Craig as a killer either.

Well, it turns out Craig is surprisingly back in Salem and Nancy Wesley (Patrika Darbo) and Clyde Weston (James Read) aren’t happy about this at all. In fact, Clyde is especially disturbed by Craig’s arrival.

EJ DiMera (Daniel Feuerriegel) didn’t know quite what to think when Gabi Hernandez (Camila Banus) informed him that Stefan O. DiMera (Brandon Barash) is back among the living. He never met the man and didn’t know if they would get along but when they meet he thinks he might be a chip off the old Stefano DiMera (Joseph Mascolo) block with just the right amount of ruthlessness.

To that end, EJ offers Stefan a deal he can’t refuse. Stefan will be that deciding vote that EJ has been dreaming of at the DiMera board meetings and will be the one to make everything go his way rather than Li Shin (Remington Hoffman) and Gabi’s way. Stefan also likes this idea and it looks like a partnership is now born. Stream Days of Our Lives weekdays on Peacock by 6 am EST each morning.