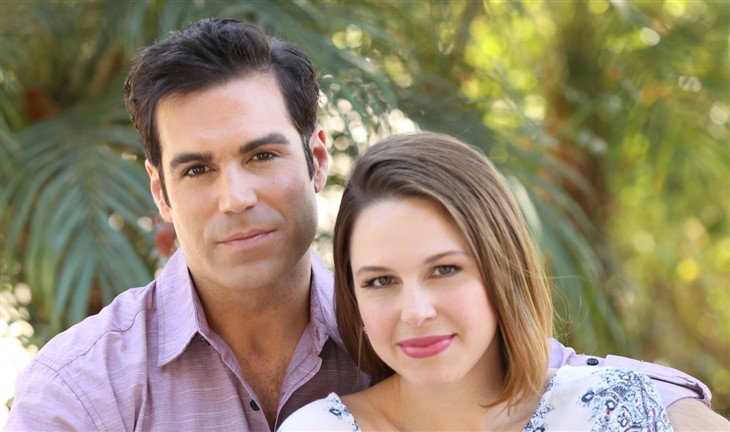 The Young and the Restless (Y&R) star Jordi Vilasuso has had a difficult year. First, he was let go from his soap job where he played cop extaordianaire Rey Rosales and now he and his wife have just experienced another tragedy.

In 2020, Vilasuso and his wife, Kaitlyn, shared the tragic news that they had suffered a miscarriage. The pair already have two little girls who were looking forward to becoming big sisters when the miscarriage happened.

Now, the couple reveals that they have suffered a second miscarriage.

“Ah, friends.. we’re coming to you with some sad news. We’ve, unfortunately, experienced another loss,” the couple wrote on Instagram alongside a video explaining what happened, with Kaitlyn in tears.

“We’ve struggled with whether or not to share because this is just hard, but we know that so many suffer in silence and we want so badly for that to change. 🙏🏻We pray that in sharing our journey- the lessons we’ve learned between our first and second miscarriage and the perspective we’ve gained- the two little lives that didn’t come to be will be filled with purpose and will perhaps even bring some healing to someone else’s pain. 💔

We share our story today on @makingitwork and hope you’ll join us as we try to shed a light on this really tough topic. We love you all and thank you for being a constant source of love and encouragement to our family. 🙏🏻❤️ #makingitwork #miscarriageawareness.”

The couple had been planning the 10th episode of their podcast “Making It Work” in honor of their 10th wedding anniversary, but they now plan to use that episode to talk about pregnancy loss and what they have learned from their two miscarriages.

While Katelyn said this one was just as hard at the last, they learned things from their first loss that made dealing with it just a tad bit easier.

Vilauso began his soap career on Guiding Light as Tony Santos and later played Dario Hernandez on Days of Our Lives before moving onto The Young and the Restless where he brought Rey Rosales to life, marrying Sharon Collins (Sharon Case) along the way. Sadly, Rey was killed in a car crash this past spring.