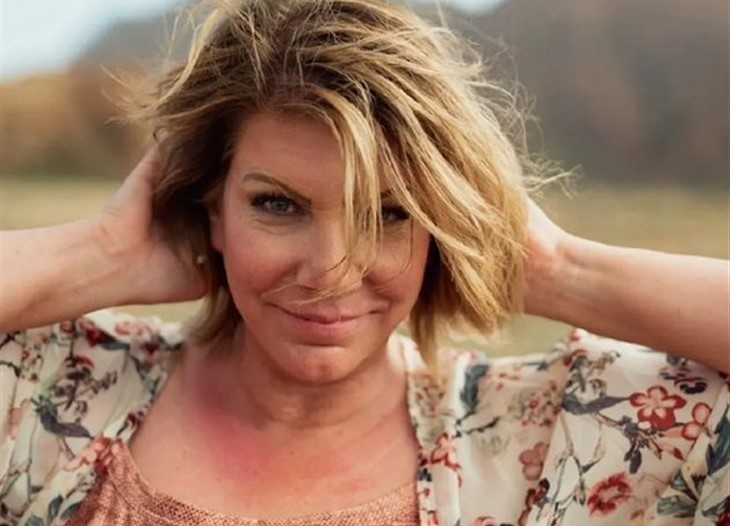 Sister Wives spoilers reveal that Meri Brown has made a big change to her look and fans aren’t sure what to make of it. Meri is always posting cryptic quotes and pictures on her Instagram account, so this past week when she told her fans that something big was coming, they weren’t exactly sure what to expect.

Meri shared some pictures with her fans of herself at the salon. She shared the before and after photos of her hair and the new, dark brown look. She also shared a couple of memes to go along with the salon photos. One meme read, “A woman who cuts her hair is about to change her life.” The quote was from Coco Chanel. The other meme read, “I choose to live by choice, not chance; to be motivated, not manipulated; to be useful, not used; to make changes, not excuses; to excel, not compete. I choose self-esteem, not self-pity. I choose to listen to my inner voice, not to the random opinions of others.”

Her fans were a little confused why she would share these memes and use them as a way to talk about getting her hair done. Of course, her fans, especially those who have pushed her to leave Kody Brown, had a lot to say about the new look and the quotes.

Reddit users have started to talk about Meri’s new look and most of them really do like her with darker hair. There were comments made about how she has changed her hair and hopefully, this will be the first step for her leaving Kody. The first meme did mention a woman changing her life, so could this be what she is doing? Is she setting up her fans to see that she can take control of her life and leave for good?

We do like Meri’s new look and we hope this is just one step in the right direction for her. Be sure to watch more of Meri on Sister Wives on Sunday nights at 10 p.m. EST on TLC.