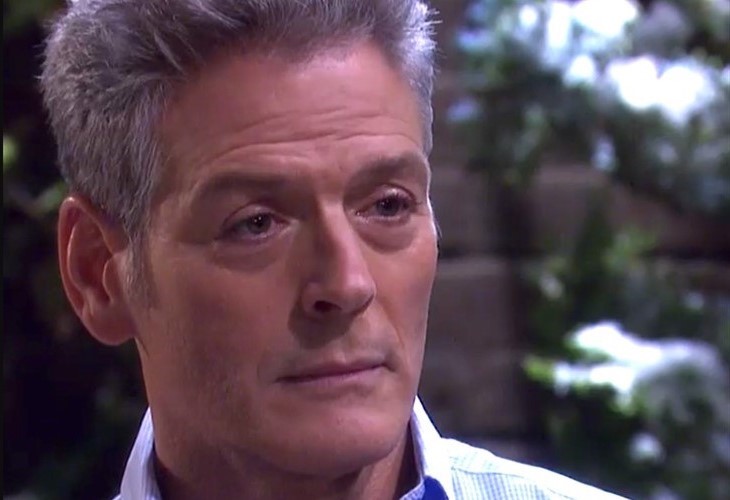 Days of Our Lives spoilers reveal that Craig Wesley’s (Kevin Spirtas) story is said to be “unprecedented” and will be an adventure. We know that Craig has a gay lover, but that can’t be the whole story. There is nothing new about someone realizing they are gay, even in daytime. Could the real story be that Craig wants a polyamorous relationship?

DOOL spoilers reveal that Chloe Lane (Nadia Bjorlin) caught Craig talking to his lover on the phone. Chloe assumed that Craig was speaking with another woman. However, Craig told his daughter that he was actually talking to a man. When Chloe told him to break off the affair, he refused as he claims to be in love with the man.

During the week of January 31, Craig will tell Nancy Wesley (Patrika Darbo) the truth. Understandably, Nancy is devastated, confused, and furious. After all, they have been married for at least 35 years. Has Craig always known he was attracted to men or is this a new development?

In the new issue of Soap Opera Digest, Spirtas said that Craig is still madly in love with Nancy. The actor insists that being gay does not change his love for Nancy. That sounds like a contradiction considering Craig told Chloe that he is in love with his male lover.

“I think there’s nothing that has changed about Craig’s attitude toward her or his love for her. She’s still his best friend. He still loves her madly.”

Days of Our Lives spoilers reveal that last week’s issue of SOD had an interview with Darbo. The actress said that the storyline was “unprecedented” and has a big plot. Darbo also teased that it’s going to be an adventure, so it’s not a quick “by the way, honey, I’m gay” and that’s it. The adventure will bring Nancy and Craig to Salem for a while.

“I thought I was coming on for a couple little scenes. I didn’t realize how big the storyline was – and what it was. I was like, ‘Holy crap. I’m a lot older now. How many lines am I going to have to learn?’ Ron has created a storyline that is unprecedented and is going to be fabulous, I hope. It may upset a few people, and it may not. It will be an adventure.”

As fans know, DOOL has already had a few gay and bisexual romances over the years. Other soaps have also done gay, lesbian, bisexual, and even trans storylines. So, what makes this one so unique?

One storyline that has never been done in daytime to our knowledge is a polyamorous relationship. Could that be what this all boils down to? Maybe Craig will realize that he is still in love with Nancy, but also loves this new man? Could that be Craig’s solution and if so, will Nancy be on board with sharing her man? It sounds like it could be, especially since February sweeps is kicking off.