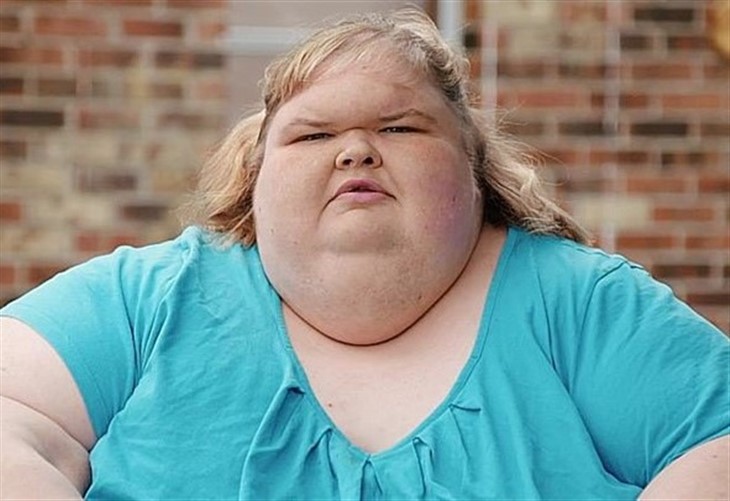 According to a People exclusive, Tammy Slaton of 1000-Lb. Sisters has been drinking eight bottles of liquor a week and her doctor is concerned that she is “putting herself in grave danger.”

Tammy Slaton is no stranger to danger. In fact, her poor eating habits and miserable exercise regimen are just the tip of the iceberg. According to the reality TV star, she’s also drinking a whopping 5th of a gallon of liquor a week and the doctor is not at all happy.

Continue reading and we’ll give you the details.

On the Season 3 finale of 1000-Lb. Sisters, Tammy’s bariatric surgeon, Dr. Eric Smith, makes an impromptu visit to check in on the 35-year-old. At the time she tells the doctor that she’s been dealing with mental health and depression, “big time.”

In the clip, the doctor asks Slaton if the depression is worse when she’s alone or with people and she answers, “by myself,” adding, “that’s why I kinda felt like I needed to just take a break and not think about diets, relationships. Just clear my mind. Just work on me.” This is when she tells Dr. Smith just how she’s been clearing her mind.

When the doctor asks the 1000-Lb. Sisters veteran exactly how much she’s been drinking we can see that he is noticeably shocked at her answer. “Maybe eight bottles a week,” she says as a stunned Dr. Smith then asks, “Like fifths of liquor? Oh wow, Tammy. That’s a lot.”

Later the doc tells cameras, “Tammy’s doing a lot of partying, which raises a concern for me,” adding that just the partying is “putting her in severe danger.” He adds that he wants her to work on her depression but not this way.

“She says she’s focusing on her mental health, which if that was true, I’m all about that. But she’s not made any strides to actually do it,” Smith says, adding, “So I’m a little concerned that she’s actually just using that as an excuse to buy her more time to not work on her activity level, making some changes in her diet, or anything further than that.”

Catch a new episode of 1000-Lb. Sisters Monday at 9 PM CST on TLC and return here often for more spoilers, news, and updates.

How Old Is Sharon Newman In Real Life?