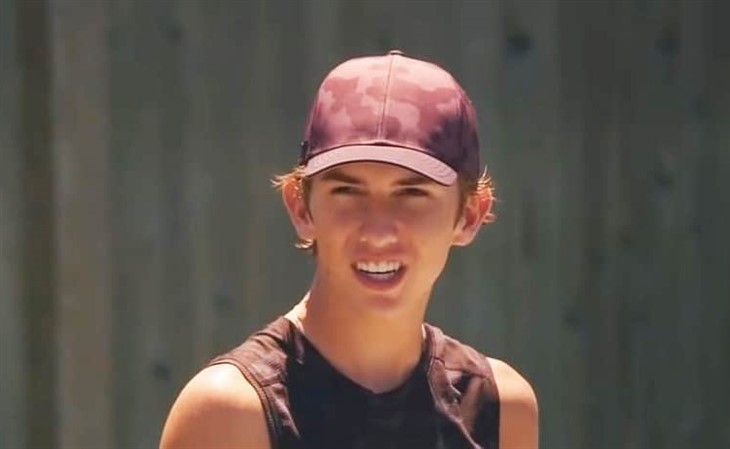 Chrisley Knows Best fans know Grayson Chrisley as Todd and Julie Chrisley‘s youngest son. And after watching Grayson grow up on the show, viewers may assume they know all about the now-teenager. But Grayson just made a shocking statement. (And no, it doesn’t relate to his parents’ prison sentence.)

Find out what Grayson revealed about Chrisley Knows Best. And learn how his older sister Savannah reacted. Get all the details below.

And the teenager of Todd and Julie Chrisley made a confession to his sister, Savannah Chrisley. The two had begun chatting on an episode of her podcast, Unlocked. And Grayson announced he has never watched a single episode of Chrisley Knows Best! But then he shocked with the reason why.

“I don’t think it’s interesting,” announced Grayson. And as Savannah giggled, the young reality TV star got even more real. “I mean, I don’t like it, but apparently people do,” pointed out the Chrisley Knows Best star. “I haven’t even watched myself on TV.”

However, Todd’s and Julie’s son also shared that he grew up in front of the cameras without knowing “anything different. I mean, I didn’t really understand what was going on, because I was like, ‘I don’t really have a choice.’ I had fun with it because I didn’t understand it,” he explained.

But as Grayson grew older, he felt forced to appear on the show. “The older I got, the more I was like, ‘Oh, I gotta do this.’ I thought it was cool” at first, added the Chrisley Knows Best star. “But the cool wears off a little bit.”

And after his parents got sentenced to a combined 19 years in prison, the cool definitely wore off. However, Grayson did not comment on Todd and Julie’s legal mess. But Savannah offered her views.

And she also shared that amid all the media attention, Savannah views herself as coping as a daughter rather than a reality TV star. “This whole legal battle that’s been spread across the news, I have had to deal with it from a child’s perspective,” she stated. “I know their hearts and I know the things that they are and are not capable of, and it was just really, really difficult and to not be able to state our truth.”

Tell us what you think. How do you feel about Grayson admitting he won’t watch Chrisley Knows Best? And after you share your views, check back on our site for more reality TV news.