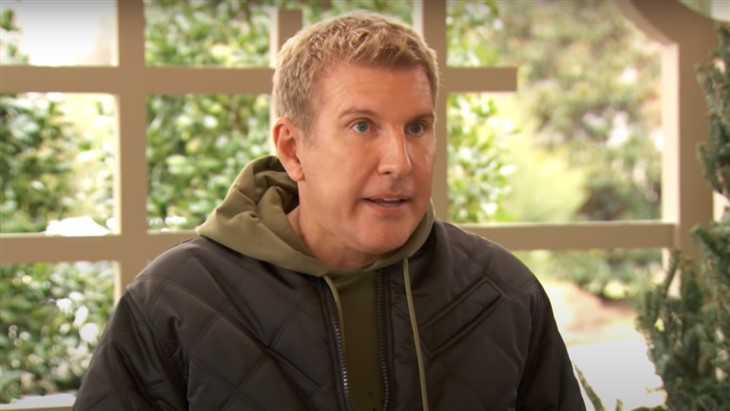 Chrisley Knows Best stars Todd and Julie Chrisley have gone from famous reality TV stars to infamous individuals facing long prison sentences. And various members of their family, including Todd and Julie themselves, have commented on their fate. However, until now, Todd’s daughter Lindsie made no comment.

But Lindsie just broke her silence. Find out what the Chrisley Knows Best star’s daughter shared about her emotional response. And learn how she slammed the media. Get all the details below.

After remaining silent about her Chrisley Knows Best dad’s future, Lindsie Chrisley has shared her feelings. Todd received a sentence of 12 years in prison for tax evasion and bank fraud. And Julie will spend seven years behind bars. Both Chrisley Knows Best stars also must stay on probation for 16 months, noted Page Six.

Lindsie has faced challenges in her relationship with her father. However, she ended her estrangement from Todd over the summer. And now, as the 33-year-old considered his future, she first thanked fans for their support.

“I wanted to take a minute and first of all, say thank you to all of our listeners that have reached out to me the past few weeks regarding my family,” shared Lindsie. And she explained why she stayed silent at first after the sentencing verdict. “I wanted to take a step back and begin to process everything before speaking and making any statements.”

Looking back, Todd’s daughter described the past few months as “extremely hard.” And she described her emotions as she learned about the Chrisley Knows Best stars’ prison sentence. Lindsie shared that she feels “heartbroken over the updates in my parents’ case that occurred late last month.”

However, she also slammed the media’s reports on her reactions. “I know some of the media has tried to twist my response to this and make it something it’s not,” blasted Lindsie. “But at the end of the day, there is no tea here. I am heartbroken and navigating this process the best way I know how.”

And the Chrisley Knows Best star’s daughter also pointed out that despite their reality TV fame, “at the end of the day, this is a real family. And these are real and raw emotions,” Lindsie added. “With that being said, thank you all for your love, support, and prayers. It really means the world to my family and me.”

As for those who want to keep up with the Chrisley clan, networks canceled their reality TV shows. Todd’s and Julie’s prison sentence results from their indictment in August 2019 on allegations that they faked bank documents in order to get over $30 million in loans. In addition, Julie faced allegations of faking statements to rent a house.

Tell us what you think. How do you feel about Lindsie Chrisley’s reaction to her father’s prison sentence? And after you share your views, check back on our site for more reality TV news.