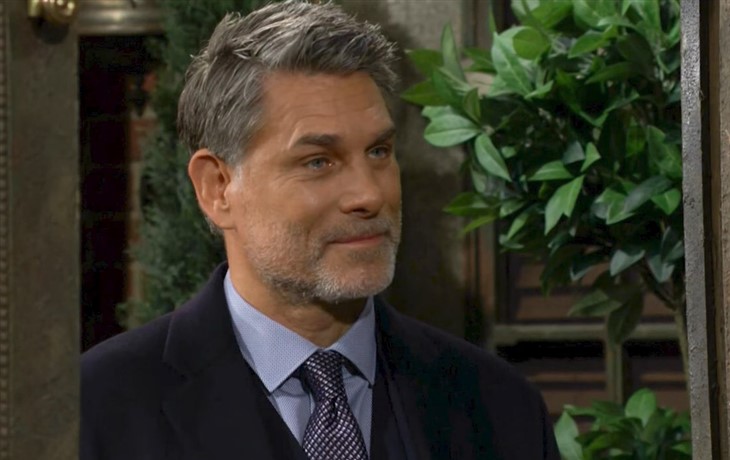 The Young And The Restless spoilers indicate that Diane Jenkins’s (Susan Walters) arch-enemy could disappear. Now that Jeremy Stark (James Hyde) has made his way to Port Charles, is there any way to get rid of him? Will someone take Stark out to protect Diane and the rest of the Abbott family?

The Young And The Restless Spoilers – Diane Jenkins Owes Jeremy Stark A Great Deal Of Money?

The Young and The Restless spoilers reveal that Diane owes Jeremy a great deal of money. Jeremy also believes that Diane is the person who sent him to prison as well. Both Jack Abbott (Peter Bergman) and Kyle Abbott (Michael Mealor) have vowed to protect Diane. However, Summer Newman-Abbott (Allison Lanier) and Harrison Abbott (Kellen Enriquez) may be at risk too.

Kyle has visited Jeremy and Diane has been warned about the Abbott’s involvement. It seems that Victor Newman (Eric Braeden) will get involved too because of Nikki Newman (Melody Thomas Scott) and Ashley Abbott’s (Eileen Davidson) part in this. Rumors suggest that Victor and Jack will join forces to keep their families safe.

Y&R spoilers – Who Will Be Suspects If Jeremy Stark Dies

If anything happens to Jeremy, Kyle and Jack will be the first suspects on the list. Of course, Diane could be a suspect as well since Stark is after her. Diane needs to protect her family at all costs. Diane may take out Jeremy to save Kyle since he is the one who confronted Jeremy. Will Diane risk it all to protect Jeremy and her grandson from Jeremy?

Summer and Phyllis Summers (Michelle Stafford) may go after Jeremy as well once Phyllis realizes the monster she has brought to town. Nikki and Ashley may get caught in the middle of all of this and have to take action themselves. Nikki and Ashley started this with Phyllis. Phyllis may have gone rogue but it could take all three women to take down Stark.

The Young And The Restless Spoilers – Will Diane Jenkins Go Down For Murder?

It seems that Diane could very well be the person who kills Stark. Diane may be acting in self-defense as well. However, with the history between these two, Diane would likely be accused of the murder instead. How long will it take for Diane to clear her name if she is accused of murder? Will Diane go to prison for Stark’s murder before the truth comes out?

Will Diane be forced to kill Jeremy to protect Jack himself? After all, Jack is determined to protect Diane, does she feel the same?