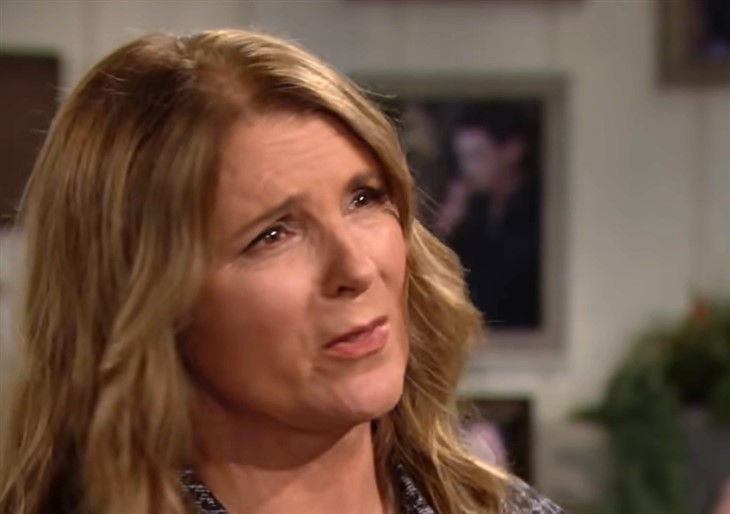 The Bold and the Beautiful (B&B) spoilers tease that John “Finn” Finnegan (Tanner Novlan) is about to wake up from his  Explosive show spoilers reveal that he will come to in a state of distress and truthfully that is not entirely shocking given that he will be disoriented after being shot by his biological mom Sheila Carter (Kimberlin Brown). She left the kid for dead and it was only through the heroic efforts of his adoptive mother, Li Finnegan (Naomi Matsuda) that he has survived. He’s in some kind of makeshift ER with Li tending to his point blank gunshot wound. A mother’s love heals all. Ok, she is a doctor, but still this plot has enough holes to be called Swiss.

The Bold And The Beautiful Spoilers – Finn Survives

Nonetheless, fans are thrilled to have Finn back. He was supposed to be the great Steam killer, so to speak, and when it looked like he was a goner fans called foul. Now that he’s not dead, there is cause for hope.

The indication is that bad mom Sheila escapes from jail and goes on a mission to track Finn down. Will she follow Li? That’s a good way to find Finn and we think that Sheila will be relieved if not outright overjoyed to have her “son” back.

Some fans can sympathize with Sheila, others wish her to rot in hell. So, as usual when Sheila finds Finn the audience will be divided as to this latest plot twist.

Show spoilers say that once Li realizes that the killer knows where Finn is, she flips her lid. And rightfully so. It will be the mother of all battles.

All heck breaks loose as the mamma bears go at it and apparently the ruckus causes Finn to jolt out of his somnambulant state. Just when Li is ready to call in the reinforcements, her son flutters his eyelashes and both moms are gobsmacked.

Expect Dr. Li run to Finn and try and ascertain what is going on with her precious boy. But Sheila is still lurking! And that is never a good thing.

Will Finn remember that it was Sheila who nearly killed him and shot his wife Steffy Forrester (Jacqueline MacInnes Wood)? For once Li and Sheila will agree on one thing when Finn appears to have a shocking reaction—they want what is best for him. Spoilers show that Sheila will suddenly disappear as suddenly as she reappeared after her jail break. Will she try and take Finn with her? One thing is certain, all of this sizzling action takes place during the week of June 13-17, and you do not want to miss what happens next!