B&B Spoilers: Sheila Shocker As She Learns Finn Is Alive 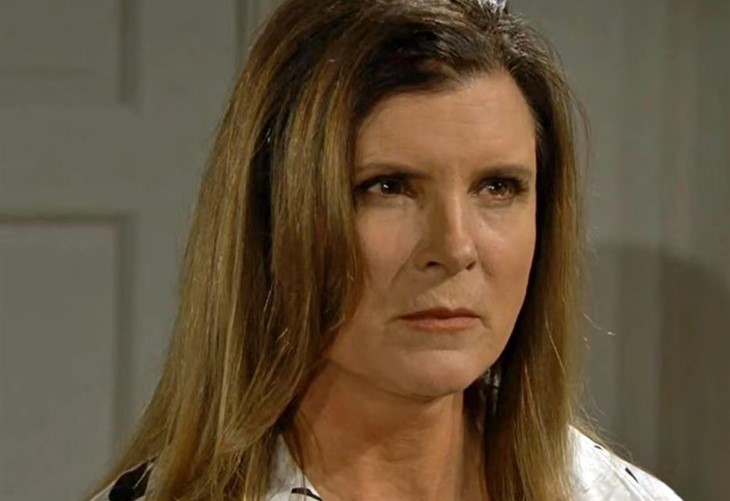 The Bold and the Beautiful (B&B) spoilers for Wednesday, June 15, 2022, reveal Sheila forcing her way into a room and getting the surprise of her life.

When Sheila Carter (Kimberlin Brown) used her superpowers and her henchman Mike Guthrie to break out of jail and confront Li Finnegan (Naomi Matsuda) over the harsh things she said to her when she thought Sheila was safely behind bars and couldn’t hurt her, she never imagined what she would really find.

However, Sheila is always one to suspect someone is hiding things from her and Li is just not acting right. She wants to know what is so important about that bedroom that Li doesn’t want Sheila anywhere near that door, so when Sheila forces herself in, imagine her surprise. John ‘Finn’ Finnegan (Tanner Novlan) is right there alive and not-so-well.

Yes, he is comatose, but he is breathing and not dead after all. What a relief to Sheila to know she didn’t kill her own flesh and blood, but this doesn’t take away from the fact that she shot him and Steffy Forrester (Jacqueline MacInnes Wood) and left them for dead. She still committed a crime, and then committed yet another one when she broke out of jail, but at least she didn’t murder her son, so that’s something.

Quinn Fuller Forrester (Rena Sofer) has been quite concerned about all of Eric Forrester’s (John McCook) enormous heart rate spikes when he is playing pickleball. Surely, something must be wrong with him. After all, Eric isn’t young anymore and needs to take care of himself. So, she makes him an appointment with his favorite doctor, his daughter Bridget Forrester (Ashley Jones).

Hope Logan Spencer (Annika Noelle) already knows what is going on between Eric and Donna Logan (Jennifer Gareis) and promised not to say anything. What will Hope’s big sister think if she learned what her dad is up to with her aunt? Things are about to get way too complicated for Eric. He feels guilt but he just can’t stay away from Donna. And he also can’t bring himself to end his marriage to Quinn, but he might have to sooner rather than later. Stay tuned to The Bold and the Beautiful weekdays to see how these stories play out.

Y&R Spoilers: Is Nate About To Make A Big Mistake?