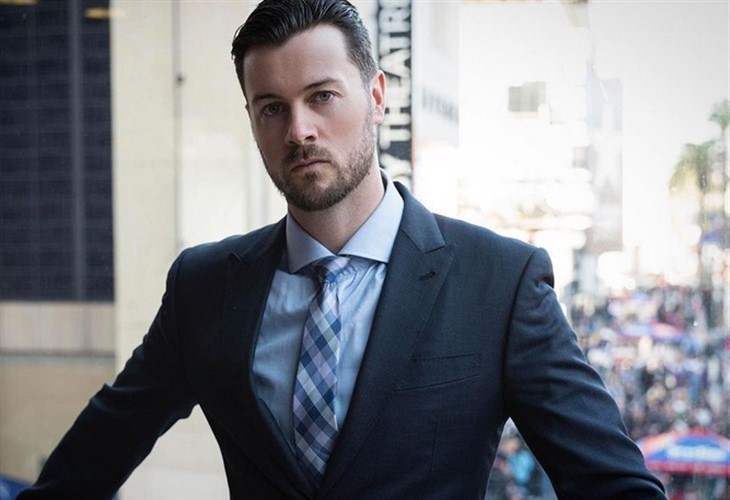 Days of Our Lives star Daniel Feuerriegel celebrated quite the soap opera milestone this past week when he marked his one-year anniversary playing EJ DiMera.

Days Of Our Lives Spoilers – One Year Of New EJ DiMera

It was last June of 2021 when EJ DiMera showed up back in Salem to lay claim to his wife Sami Brady (Alison Sweeney) and try to fix their marriage. He knew he had messed up while they were in Europe and he was recovering from years’ worth of injuries and was ready to start again. He even had a new face as James Scott was no longer playing the role and Feuerriegel was.

In the last year, Feuerriegel infused new life into EJ, making him a more sympathetic character without losing any of his charm. He even has a warmer relationship with his mother, Susan Banks, and is trying to be a good father to Johnny DiMera (Carson Boatman) and brother to Chad DiMera (Billy Flynn) and Tony DiMera (Thaao Penghlis). EJ even spent time in jail for having Sami kidnapped when Lucas Horton (Bryan R. Dattilo) was the culprit. And now he has fallen for Sami’s sister, Belle Black Brady (Martha Madison), despite him and Sami still technically being married.

With Sami on her way back to town, things are about to get very complicated for EJ, who already suspects Lucas is responsible for his months behind bars but just has to prove it.

DOOL Spoilers – Daniel Feuerriegel Thanks His Fans For One Year

Feuerriegel took to Instagram on his big one-year anniversary day and posted a sweet message to celebrate.

“It’s my one year @nbcdays anniversary 🎉 It’s been a pleasure. Was very nervous, but the cast and crew made me feel so at home,” the actor wrote next to a series of snaps of his time on DOOL. “So grateful to all of you for that. And grateful to all the fans for all your love and support. It’s been a blast ❤️ Here’s a little photo dump of the great people I’ve had the pleasure to share the screen with over the year 😌 Looking forward to see what comes in year two.”

What will year two bring for EJ? Probably more drama between sisters Belle and Sami, but will he also finally get revenge on Clyde Weston (James Read) for having him shot back in 2014 and upending his life forever. If it wasn’t for that night in the park that left him for dead and left Salem believing he was dead, EJ’s life would be a whole lot different right now.Be sure to catch up on everything happening with DOOL right now. Come back here often for Days of Our Lives spoilers, news, and updates.