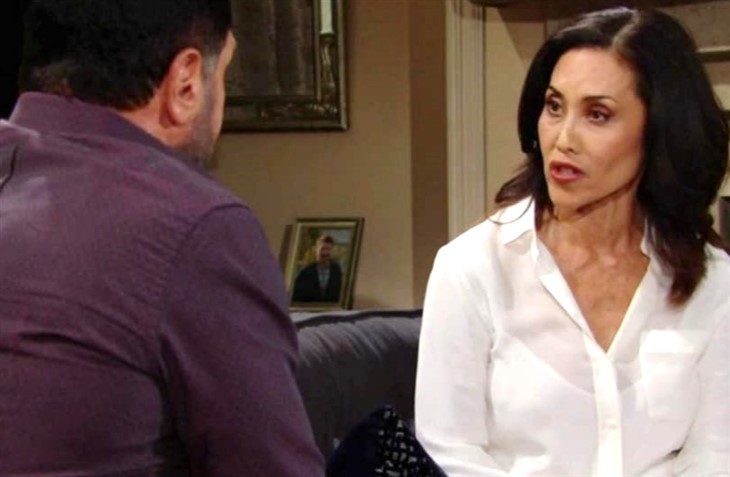 The Bold and the Beautiful spoilers document that Li Finnegan (Naomi Matsuda) is grateful for. Her hug of Bill Spencer (Don Diamont) and his reception signal a new couple is forming on B&B.

Heather Tom’s (Katie Logan) other entertainment efforts, which include directing, have kept her character off the show for the past year-plus, except for sporadic reappearances. Long-term arcs can play out. Unless a compelling rebound is planned or an exciting twist happens, Katie and Bill are not getting back together anytime soon.

So, Bill appears to be heading in a new romantic direction. Why else write him to the wharf, on that fateful day?

The Bold And The Beautiful Spoilers – Triangle Or A Direct Connection?

Fans can not count Katie out. She is the mother of Bill’s youngest son, Will Spencer (Finnegan George).

But Will was written off-screen in the recent past. George’s character is said to be at boarding school.

The above does not prevent Tom’s character from returning to be part of a triangle. It could also be that Matsuda’s character is being used as a plot vehicle to pave Bill’s way back to Katie.

But if odds were set, Li’s chances of becoming Bill’s next love seem better than him reconciling with Katie.

Li looked away and was visibly bothered by Bill’s mention of Jack Finnegan’s (Ted King) name. Bill did not know that Li and Jack were no longer together.

Jack lied to Li and Finn for decades. He was responsible for Sheila’s connection to their lives. Yet, without Sheila, Finn would not exist.

Bill represents someone who has hurt Katie. There is plenty of daytime baggage in that relationship.

The above is a contrast to what Bill is to Li. He is the man who saved her life, rescued her son from Sheila, and flew him to Monaco so Finn could reunite with Steffy.

The start of what appears to be a fresh arc for Diamont’s legacy character is promising. Matsuda is a solid actor whose character could resonate on B&B if all goes well, and TPTB want this new pairing to happen. The audience would likely approve.