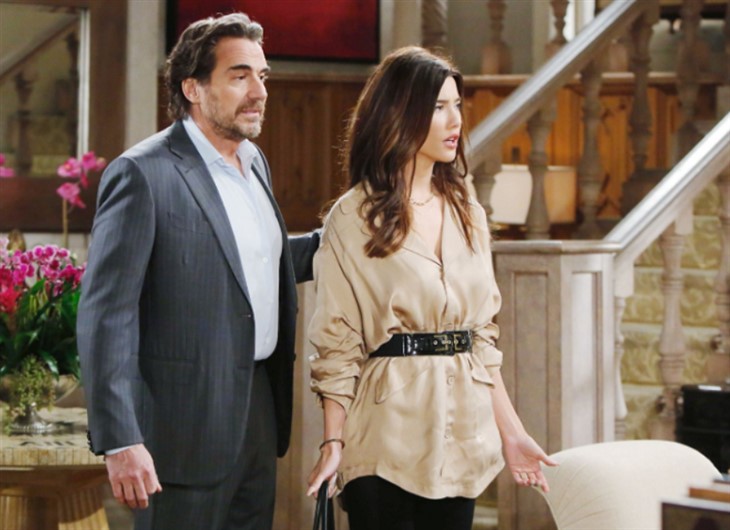 The Bold and the Beautiful (B&B) spoilers document that Steffy Forrester Finnegan (Jacqueline MacInnes Wood) believes that her mother and father should reunite. While Ridge Forrester (Thorsten Kaye) appeared to reconcile with his wife, Brooke Logan Forrester (Katherine Kelly Lang) has not received a commitment.

Taylor Hayes (Krista Allen) is not like Brooke. She represents a contrast to the drama Brooke represents and Ridge is attracted to.

But Ridge has often become exasperated. When exhaustion gets the best of him, he splits. Right now, Ridge is thought his way into a holding pattern.

The Bold And The Beautiful Spoilers – Destiny Line Is A Cover

Brooke and Deacon have often reunited after realizing or inventing some problem. When they do, the word destiny is generally mouthed. But that word has become nothing more than a cover.

These legacy characters have a relationship that, if it were not for Ridge Forrester Junior’s (most recently played by Anthony Turpel in 2018) existence, would reflect that of pair of high school sweethearts, with apologies to those pairings around the world.

Destiny? No. Dysfunction is a kind word for whatever Brooke and Ridge think their togetherness represents.

No deep dive into Taylor’s past is necessary for devoted fans. While her shooting Bill Spencer (Don Diamont) in the back was a projection of mental illness, today’s Taylor (meaning the Allen recast) is stable.

Bill forgave Taylor and did not seek legal relief because of his feelings for Steffy. Wood’s character cites Sheila Carter (Kimberlin Brown) as a main source that drove Taylor off the rails and needing to leave town.

However, Allen’s character re-centered herself while working as a missionary in Africa. Ridge is intrigued by Taylor’s renewal and recognizes that he could have a different life than the status quo with Brooke.

Brooke has Ridge. Below him is Deacon Sharpe (Sean Kanan), who she keeps around partially because he praises her endlessly.

Lang’s character will have no problem securing another love interest if Ridge opts for Taylor. But Brooke believes she and Ridge are destined to be together.

So, B&B fans may see another fight between Brooke and Taylor. This one may not involve cake or be as dramatic as other battles were in daytime days gone. But Ridge is their aim. So, action inside this enduring triangle will be tight.