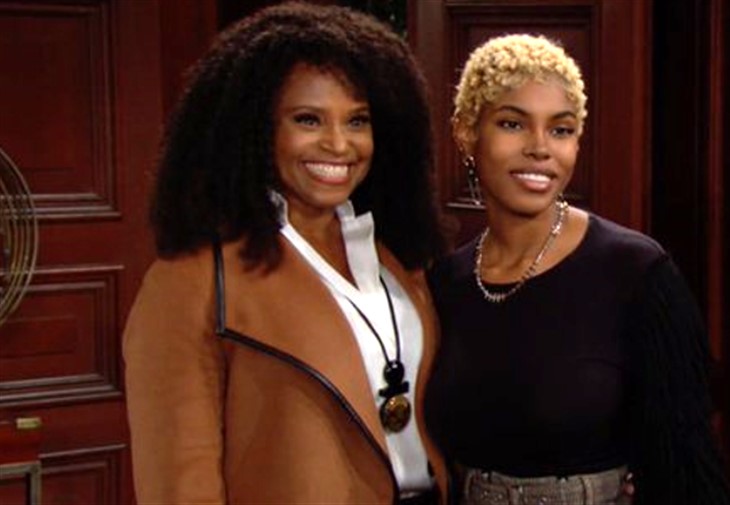 The Bold and the Beautiful (B&B) spoilers document that Grace Buckingham’s (Cassandra Creech) text was a nice surprise. However, her daughter, Paris Buckingham (Diamond White) never expected her to walk into Forrester Creations’ executive office.

The casting of Creech increases the Buckingham family to four. Viewers knew Paris’ sister, Zoe Buckingham (Kiara Barnes), and their father, the incarcerated Reese Buckingham (Wayne Brady). Now, Cassandra’s addition completes the family, as no other children are known to exist.

The Bold And The Beautiful Spoilers – What About Reese Buckingham?

The versatile Brady was a hit on this iconic soap opera. His performance as Reese made a major impact on the storyline he was written into.

As hardcore viewers recall, Reese has a gambling addiction. While he made a good living as a doctor, he put himself in a deep financial hole through a series of high-risk bets.

Reese’s bookie ordered his enforces to handle Zoe as a form of collection punishment for unpaid debts. That caused Brady’s character to steal Hope Spencer (Annika Noelle) and Liam Spencer’s (Scott Clifton) newborn daughter, Beth Spencer (Madeline Valdez and River Davidson), and sell her to Taylor Hayes (as then played by Hunter Tylo) in a private adoption ruse.

So, Reese was last known to be behind bars. His medical malpractice and involvement in underground birth certificates apparently resulted in many years apart from society and a loss of his license to practice medicine.

Grace told Paris she loved her job but recently left it. Creech’s character, who is also a doctor, has offers to practice in Los Angeles, California.

So, it would not be surprising to see Grace and John Finn Finnegan (Tanner Novlan) collaborating at the hospital or discussing work when they see each other during off-hours at FC.

The career move to LA is her pick because Paris calls it home. Grace’s role as Paris’ mother will surely result in needed involvement in her young life.

The Bold And The Beautiful Spoilers – Paris Buckingham Has Two Choices

Zende Forrester Dominguez (Delon de Metz) does not realize that his perceived friend, Carter Walton (Lawrence Saint-Victor), shared a recent kiss with Paris. That New Year’s moment came after she side-stepped Zende’s engagement offer, causing him to not offer the glam ring he had Quinn Fuller (Rena Sofer) create for the occasion.

Grace is likely to employ her maternal instincts, recognize both of her daughter’s options, and provide useful advice. As this is soap, Creech’s character is also likely to develop her personal life.