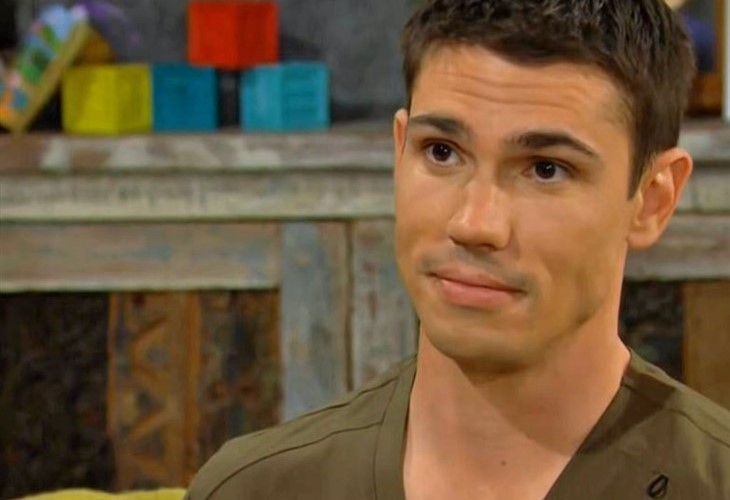 The Bold and the Beautiful spoilers document that John Finn Finnegan (Tanner Novlan) could not defend the only woman he knew as his mother from Sheila Carter’s (Kimberlin Brown) latest attack. As viewers see, Li Finnegan’s (Naomi Matsuda) car crash and plunge into water removes her from the board on B&B.

Whether Li is killed or returns someday will be decided down the daytime road, with viewers naturally unwilling to assume anything now. But the immediate consequence of the crash leaves Sheila as Finn’s sole caregiver.

The Bold And The Beautiful Spoilers – Where Is Jack Finnegan?

Jack Finnegan’s (Ted King) absence has been conspicuous. Why would he not be shown in any scene since Finn was accidentally shot by Sheila?

Li recently told Brown’s character that she was no longer with Jack. Their estrangement began when King’s character was forced to admit that he fathered Finn with Sheila during an affair that was never revealed.

Hardcore soap fans suspected that Jack would return to this story line at a purposeful point in the plot. So, with Li either dead or out of action, Jack’s reemergence needs to be now.

Sheila decided that Steffy Forrester Finnegan’s (Jacqueline MacInnes Wood) anger was unjustified. She could not reconcile Steffy’s natural reaction to the woman who shot Taylor Hayes (Krista Allen) as rational, though it clearly was and is.

Li became a threat when she purposely sought out Sheila in jail and told her she would be at her hearing. But she rocketed to enemy status when Sheila discovered that Finn was alive, after only intending to learn where his body was buried, or his ashes were interred.

It follows that Jack will be viewed as a threat, assuming he happens upon Finn where Li was keeping Finn. Of course, it is always possible Sheila moves her son to another location.

Sheila listens to Finn. Her soft spot, in whatever can be termed a heart, is something he will need to take advantage of if he hopes to reunite with his family.

Finn’s recovery started the moment Li began caring for him. Seeing him open his eyes, call for mom, and later, Steffy, confirms that Finn is making progress.

But what happens now that Sheila is responsible for his well-being? She is a nurse but most importantly, a fugitive.

So, how does Sheila obtain needed medicine or the other supplies she needs? Maybe her old pal, Mike Guthrie (Ken Hanes), will prove useful again.

With whatever happens, Finn will need to take charge of his life. That projects to a compelling summer thriller on B&B.