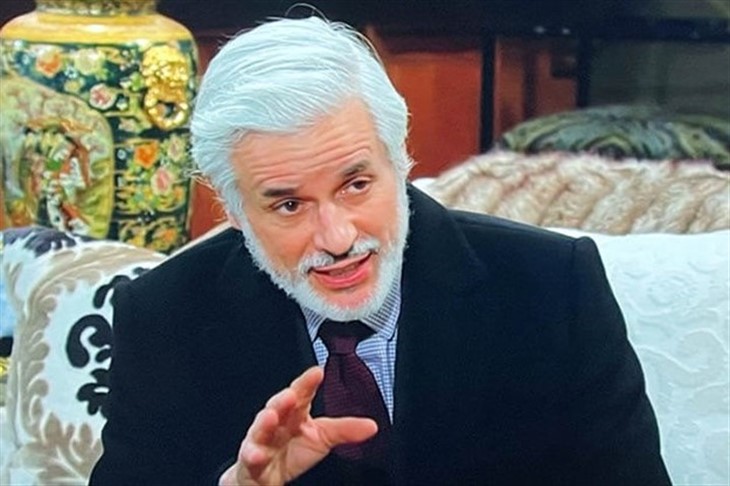 The Young and the Restless spoilers document that Michael Baldwin (Christian Le Blanc) has empathy for Diane Jenkins (Susan Walters). He knows what it is like to have wronged people in Genoa City, Wisconsin, and then pursued redemption.

His wife, Lauren Fenmore Baldwin (Tracey Bregman), Phyllis Summers (Michelle Stafford), and others reject Michael’s outlook. But the second chance he is willing to give Diane could turn or develop into something deeper on Y&R.

Loyal fans, who have watched the show for years or who have binged classic episodes, know that Michael once dug his way through a wall into Christine Romalotti’s (as played by Lauralee Bell, whose character was married to Danny Romalotti, Michael Damian, at that point in the plot) condominium.

Michael was deranged at the time, having become obsessed with Christine. He tried to assault Christine, spent time in jail, and lost his license to practice law.

However, Christine served as Michael’s mentor, who helped to further his redemptive path. She forgave his crime, and they became friends, with his license also being restored.

Diane was a real estate agent in Los Angeles, California. But her acknowledgment of that career is all that is currently known.

Michael is teased to check into her LA backstory. He is hoping this alternate dig results in empty returns. But what happens if he learns that Diane was involved in shady dealings while living on the left coast?

Of course, Michael’s defense of Diane during her battle with Victor Newman (Eric Braeden) creates the appearance of a conflict of interest. Michael continues to freelance Victor, which Lauren dislikes.

The Young And The Restless Spoilers – A Happily Married Couple, Right?

Lauren and Michael were solid for many years. There was a period when Michael thought he was going to die and encouraged his wife to cavort with another man. She rejected his misguided nobility.

There have been no issues with this enduring couple in recent years. But if Diane is unable to convince Jack Abbott (Peter Bergman) to romantically reconsider her and Ashland Locke (Robert Newman) remains tied to Victoria Newman (Amelia Heinle), might Michael be another target for her on Y&R?

Michael’s empathy might lead to a developing connection. Lauren is savvy, already having Diane on her radar. So, hopefully, the above does not happen. But Walters’ revived character is always linked to trouble in GC.