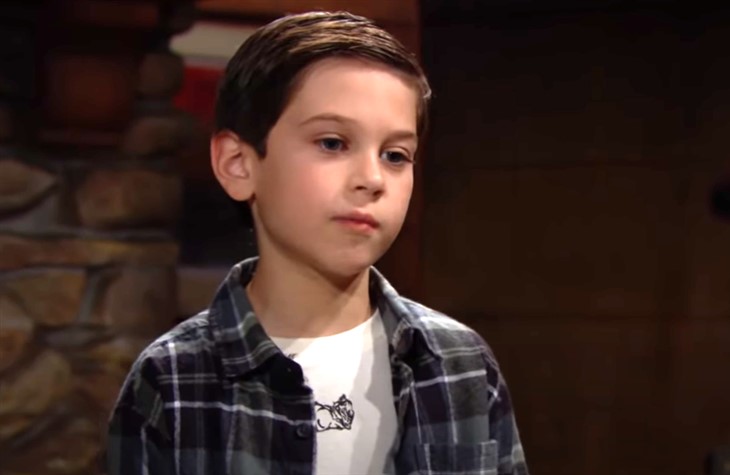 The Bold and the Beautiful (B&B) spoilers document that Douglas Forrester’s (Henry Samiri) eye-witness testimony is the next step in an inevitable reveal sequence. Brooke Logan Forrester’s (Katherine Kelly Lang) actions on New Year’s Eve will be exposed.

Viewers who sympathize with Brooke recognize her moral dilemma. While she would like to tell her husband the truth, doing so would cause Ridge Forrester (Thorsten Kaye) to almost certainly explode with rage.

The Bold And The Beautiful Spoilers – Baby Beth Spencer Is Alive

This plot shares some key elements with the famous storyline that placed Samiri at the center of the action. Hardcore viewers recall that Douglas discovered that the girl who was being called Phoebe Forrester (Madeline Valdez and River Davidson) was actually Hope Spencer (Annika Noelle) and Liam Spencer’s (Scott Clifton) daughter, Beth Spencer.

Douglas persisted on the case, finally getting through to Liam, who joyfully broke the news to Hope. So, Douglas’ recent conversations with Liam reminded fans of the referenced storyline, as the information pass between them was generally similar.

Of course, the difference in this plot involves no one being assumed dead and Douglas having gone against his stepfather’s wishes when leaving the cabin and going to Brooke’s home. If Douglas had not done so, he would not have seen his grandmother kissing a faceless Santa, whose head was capped with a traditional red hat and face was seen at an angle that prevented Deacon Sharpe (Sean Kanan) from being identified.

B&B Spoilers – Christmas Eve Was A While Ago

Liam and Hope were surprised when Douglas said that he did not see the kiss on Christmas Eve. No, he served as a witness to Brooke’s betrayal on New Year’s Eve.

Liam and Hope believed that Brooke was alone after they, Douglas, Beth, and Deacon left the early-hours New Year’s Eve get-together at the Logan mansion. Ridge was written out of town on that night.

So, if Brooke was alone and Ridge was not in the country, how could Douglas have seen his grandmother kissing anyone?

The Bold And The Beautiful Spoilers – Hope Spencer Confronts Both Parents

Hope is part of her mother’s support group. She knows that Brooke relapsed on New Year’s Eve. But her mom has offered no indication that anything other than an unknown impulse caused her to break sobriety and then to do vodka shots.

Brooke’s guilty conscience is sure to be poked hard when Hope speaks with her mother. But Deacon also feels guilty for allowing Brooke to drink after he returned to the mansion to retrieve his smartphone.

So, Douglas unburdened his conscience, and now viewers will see Brooke and Deacon do the same in varying ways on B&B.