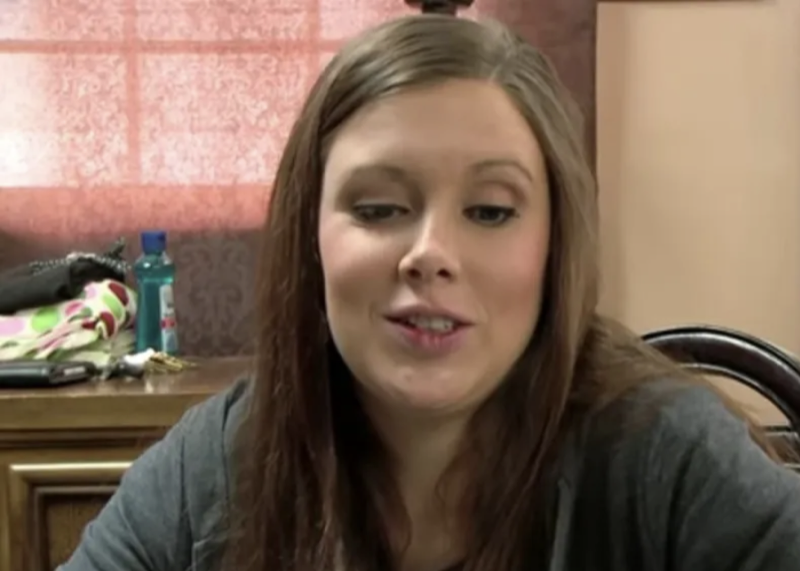 Anna Duggar continues to stand by her man Josh Duggar. Amid the ongoing scandal involving Josh’s child pornography guilty verdict, Anna reportedly visited Duggar in jail. But beyond becoming a so-called “prison wife,” can Anna care alone for their seven kids? Or have her in-laws Michelle and Jim Bob Duggar helped her and their grandchildren?

Learn about what life is like for Anna Duggar in the wake of Josh’s sentence. Plus: Where do she and the seven children live? Discover the latest Duggar family news below.

In the wake of Josh Duggar’s guilty verdict, initial reports revealed the former “19 Kids And Counting” star spending Christmas alone, dining on the prison’s version of humble pie. But those reports of Josh sadly nibbling solo on bread with margarine could turn out to be misleading. An insider claims that Anna secretly visited her husband in jail!

That source allegedly snagged a copy of Josh’s jail visitation log, reports the Hollywood Gossip. In the wake of Duggar’s guilty verdict on two counts of child pornography possession last month, Josh landed in solitary confinement. But the father of seven reportedly can still visit with his wife at the Washington County Detention Center.

However, those visits took place virtually. Using video allowed Anna to stay home with her kids while spending time with her behind-bars husband. To date, she reportedly has paid virtual visits to Josh 19 times, divided up over nine days. As for the rest of the “Counting On” clan? None of Josh’s brothers, sisters, or parents got listed in the visitor logs.

Anna Duggar – And Her 7 Kids Reside In Warehouse?!

For those who think that Anna acts like Suzy Sunshine despite her 33-year-old husband’s jail sentence, an insider painted a gloomy picture of Josh Duggar’s wife to the Sun. In the wake of Josh’s child pornography guilty verdict, his 33-year-old wife moved with their seven kids into a “rundown warehouse,” says the source. But apparently Josh’s parents have stepped up to help their daughter-in-law.

That warehouse is located on Jim Bob and Michelle’s Arkansas compound. The insider also revealed that Anna and the kids may have moved into the building immediately after the verdict. “The night of the sentencing the lights were on at the warehouse. The SUV parked right outside was the car Anna left court in,” said the source.

Adding to the evidence, Josh listed his address in his jail records as the same lot on which the warehouse sits. Duggar and Anna may spend years apart. Currently awaiting sentencing, Josh could end up spending 20 years in prison on each count. And after his guilty verdict, handcuffed Josh reportedly stopped to give Anna a message. He told her that he loved her as he got marched out to his new home in prison.

What do you think about the reports that Anna Duggar continues to stand by her man? Share your views with us. And then check back on our site for more news about the Duggar family.

GH Spoilers Wednesday, January 5: Will Tracy Spill The Bailey Louise Secret To All?