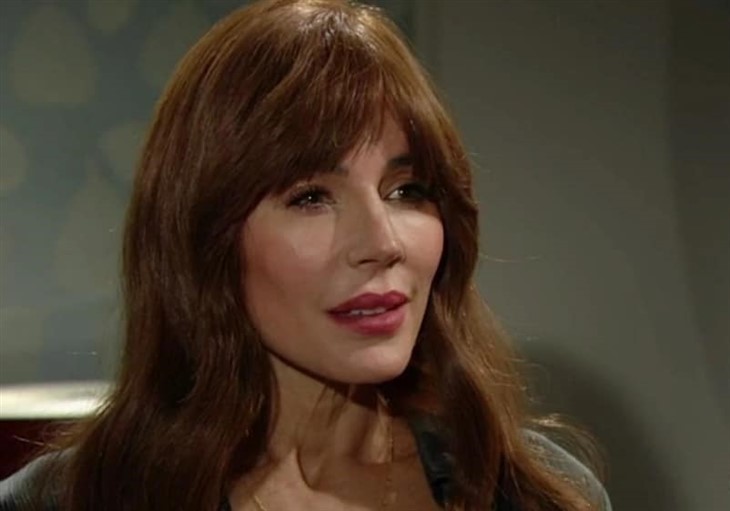 The Bold and the Beautiful (B&B) spoilers document that Taylor Hayes’ (Krista Allen) personal position increases by the day. She is approaching her return to Los Angeles, California the right way.

Taylor allowed Brooke Logan Forrester (Katherine Kelly Lang) to come to her. As fans recall, Lang’s character sought Taylor out at the cliff house because she was unnerved by her rival’s return to town.

The recast character that Allen plays is also allowing Ridge Forrester (Thorsten Kaye) to reach conclusions without her influence. That choice is similar to how Taylor is handling Brooke and reflects the more balanced outlook on life that is coupled with this legacy character’s full-time return to B&B.

The Bold And The Beautiful Spoilers – Recast Hits The Mark

Hunter Tylo (Taylor) played this role across three decades. She will always be associated with B&B’s glory days and deserves her due.

Tylo is believed to have been offered the chance to reprise her role and turned down that opportunity. That is okay, as actors are allowed to make whatever choices seem best for their lives and careers at all points in time. So, TPTB pivoted.

Allen hit during her first episode. She has consistently delivered a new version of a well-known character. Solid kudos to the casting director, the writing staff, all behind the scenes personnel connected to this choice, those actors who are working with Allen, and, of course, the actor herself.

Brooke can not blame Taylor for the recent mistakes she made in her life. Allen’s character has not created turmoil or threatened Brooke in any way.

Sheila Carter (Kimberlin Brown) will eventually be revealed as the person who engineered Brooke’s use of alcohol on New Year’s Eve. B&B’s all-time leading villain is distracting Brooke, which is part of Sheila’s plan to assert her right to have a relationship with her son, John Finn Finnegan (Tanner Novlan).

The Bold And The Beautiful Spoilers – And There Is Taylor Hayes

Taylor does not want to pursue Ridge. That is why she is keeping her distance from him while he is married to Brooke. That is moral and wise.

Hardcore B&B fans, along with the Forrester and Logan families, know Brooke and Ridge’s pattern all too well. Inevitable trouble is stirred, words are said, someone storms out, and that is the end of marriage number whatever.

Ridge will naturally seek Taylor’s listening ear during the latest time of strife. She would seem inclined to allow him to pursue her at that point in the plot.

But soap is not and never should be fully predictable, which is why the watch continues since 1987 when Brooke and Ridge first met. Taylor debuted in 1990 and is again part of the daytime scene.