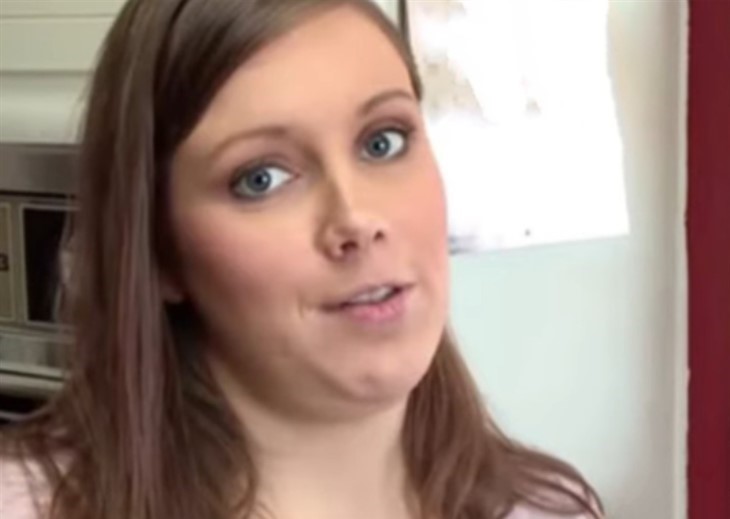 Anna Duggar just found the perfect way to shut up the rumors that she will divorce hubby Josh Duggar amid his child pornography jail sentence. Turning to Twitter, the “Counting On” alum called Josh her “best friend” as she ended her social media silence. Anna wrote the post after avoiding Twitter in the wake of Josh’s guilty verdict.

Find out exactly what the “Counting On” alum revealed on social media. And learn how she visited Josh in jail on her birthday. Get the latest Anna Duggar news below.

Josh Duggar has ruled Anna Duggar’s life for years. The just-turned-34-year-old “Counting On” alum has followed her hubby’s guidelines for attire, given him seven children, and ignored one scandal after another. And amid rumors that the child pornography sentence would push Anna to divorce him, Josh’s wife proved that once again, she sees him as simply her best friend.

On her 34th birthday, Anna turned to Twitter to celebrate both her birthday and Josh. “Officially 34. Fourteen years ago I said, YES!'” wrote the mother of Josh’s seven children. And then Anna seemed to hint that she had traveled to the jail where her “best friend” Josh resides to visit him for her birthday.

Fourteen years ago I said, “YES!”

Road-tripping to visit my bestie.

“Even If” by Mercy Me on repeat.

“Jesus, I will cling to You come what may.”

“Road-tripping to visit my bestie,” added Anna. “‘Even If’ by Mercy Me on repeat. ‘Jesus, I will cling to You come what may,'” concluded Josh‘s faithful spouse.

To enjoy her birthday, Anna headed to the prison where Josh sits behind bars. And an insider told Us magazine that she has clung to her religion to stay with her husband. The “very devout” mom of seven “won’t move on with another man,” added the source. “She’s going to stand by her man.”

As a result of Josh’s lengthy (more than 12 years) prison sentence, Anna also has shifted her focus to raising their children on her own. The sentence of 151 months in prison came after Josh got arrested in April 2021 for possessing and receiving child pornography. However, although Duggar received a guilty verdict, he has filed to appeal the sentence.

Anna and Josh courted for two years before their wedding in 2008. And through the years, they have welcomed seven children into the world. But now Anna must raise Mackynzie, 12, Michael, 10, Marcus, 8, Meredith, 6, Mason, 4, and Maryella, 2, and Madyson, 7 months by herself.  For now, Anna has put her children as her top priority.

And making the children her focus will stay the same, predicted the insider. “That will never change. She’s with them all the time,” added the source.

Tell us what you think. Do you feel that Anna Duggar should stay away from Josh Duggar? And after you share your views, check back on our site for more reality TV news.