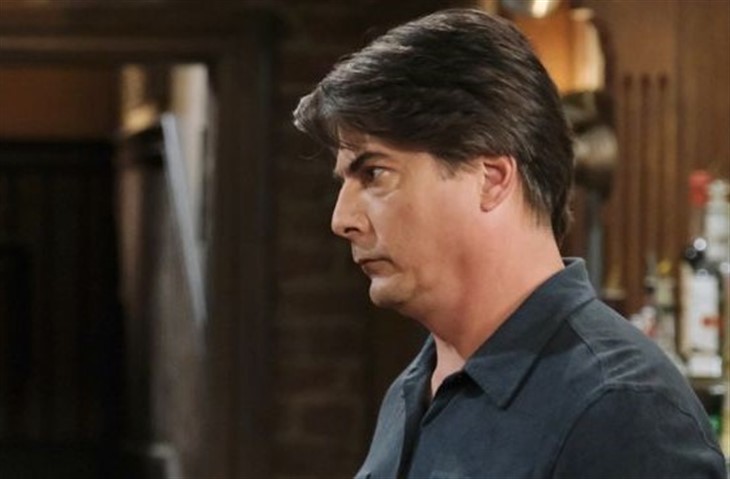 Days of Our Lives spoilers reveal that Lucas Horton (Bryan Dattilo) learned that there was a robbery at the same time Abigail DiMera (Marci Miller) was murdered. Since Lucas drank and blacked out, he isn’t sure if he is responsible or not. The actor discussed Lucas’ guilt and the murder investigation. Dattilo teased that Lucas is “barely hanging on.”

DOOL spoilers reveal that Lucas has been keeping a lot of secrets. It began with Lucas kidnapping Sami Brady (Alison Sweeney) and then convincing Chad DiMera (Billy Flynn) to help frame EJ DiMera (Dan Feuerriegel). Lucas’ secrets are starting to unravel as more people find out the truth.

After Lucas learned that Chad told Abigail the truth, he panicked. Lucas didn’t know how to handle his panic and chose to guzzle an entire bottle of liquor. After Lucas woke up, he found out that Abigail had been murdered. Since Lucas couldn’t remember what he did while drunk, he has been overwhelmed with guilt.

After Lucas found out that a robbery took place at the time of Abigail’s murder, he was relieved. Lucas thought that it was a robbery that went wrong. However, that is when Lucas was told that Rafe Hernandez (Galen Gering) suspects someone just wanted it to make it appear like a robbery gone bad.

Afterward, Lucas ransacked his room to make sure he didn’t have any of Abigail’s missing items. What Lucas wasn’t counting on was his search to be interrupted by Sami.

Days Of Our Lives Spoilers – More Lies To Sami Brady

Days of Our Lives spoilers reveal that Sami wanted to know what happened to the room. Sami also noticed Lucas’ odd and emotional behavior. Sami knew that Lucas was hiding something and tried to get the truth out of him. Instead of confessing to everything, Lucas made up more lies to cover his tracks.

Speaking to Soap Opera Digest, Dattilo explained what is going through Lucas’ mind. The actor teased that Lucas is “barely hanging on” and is horrified to think he could have murdered Abigail.

“Lucas is barely hanging on. He knows in his heart that he couldn’t have done this, yet he doesn’t know because of the state he was in.”

Even though Lucas didn’t find any evidence of the items that were stolen during Abigail’s murder, he is still overwhelmed with guilt. The more that Lucas’ secrets unravel, the more he will try to cover them up with additional lies.

Plus, the guilt and uncertainty are eating Lucas alive. At some point, that thread Lucas is hanging onto could snap. The question isn’t if it will happen but how and when.