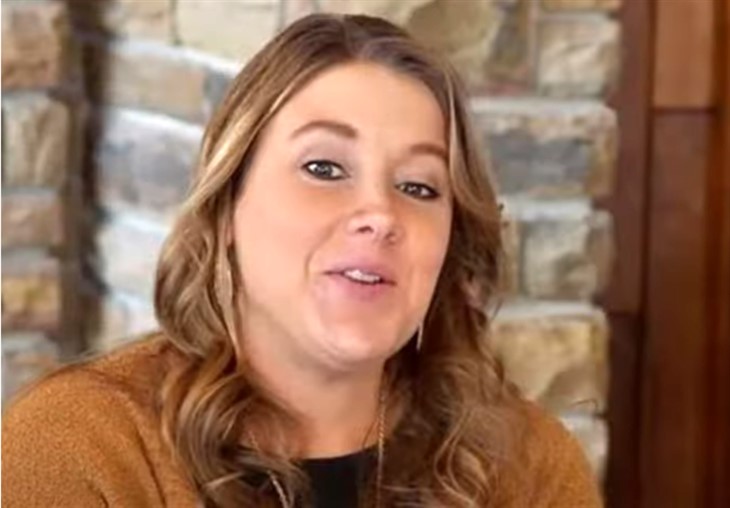 Anna Duggar stands by her man Josh Duggar. And that faith has stayed strong even after Josh gave her multiple reasons to dump him. For instance, Josh got accused of molesting underage girls, including some of his own sisters. And the “19 Kids And Counting” alum even admitted to cheating on Anna by using a website designed for infidelity. Most recently, Josh got charged with two counts of child pornography and could spend up to 20 years in prison.

But despite it all, Anna still believes in Josh. Find out what insiders revealed. And learn what cousin Amy Duggar shared. Get the latest news about Anna Duggar below.

Anna Duggar – Won’t Give Up On Josh Duggar

And Anna does not feel “ready to walk away” from Duggar, added the source. “Anna’s put up with a lot with Josh, but she truly believes in him, her faith and redemption. She thought he would turn his life around, that’s a core belief she shares with the Duggars and her religion.”

However, the insider also admitted that Josh has failed to return Anna’s faith that he could transform himself. But that failure does not mean that Anna feels prepared to abandon her husband. And with seven children, Anna also feels unsure about where she would go or what she would do.

“Ultimately, Josh failed her. He completely turned her life and that of their children’s lives upside down,” pointed out the source. “But she’s not ready to walk away.”

However, the always outspoken cousin Amy Duggar didn’t hesitate to share her views. And after both Josh’s wife Anna and his mother Michelle Duggar wrote letters to the judge gushing over him, Amy turned to Twitter to slam them both. “Delusional!” summed up cousin Amy.

First of all Josh is funny, charismatic, kind and all the things my aunt listed in the letter. But there’s a sinister side. A side to him that makes your skin crawl. You can’t ignore what he did years ago, and what he was caught looking at!

And she didn’t stop there. While admitting that Josh does possess some positive traits, Amy posted a series of blasts analyzing his past. “First of all Josh is funny, charismatic, kind and all the things my aunt listed in the letter,” wrote Amy.

“But there’s a sinister side. A side to him that makes your skin crawl,” added Amy in her Twitter post. “You can’t ignore what he did years ago, and what he was caught looking at! Are they delusional?”

In response, Amy’s Twitter followers agreed. And while most didn’t call Anna and Michelle deluded, they did tend to side with Amy in slamming Josh’s defenders. For instance, one of Amy’s followers looked at the difference between the 20-year sentence that the prosecution wants and the five-year sentence that Josh’s legal team urges.

“Josh deserves the maximum sentence,” urged the Team Amy critic.”No less than 20 years. I actually read the letters from Anna and Michelle [defending Josh]. And I didn’t believe a word either one of them said.”

Tell us what you think. Do you support Anna Duggar in standing by Josh Duggar? Or do you agree with Amy Duggar that Anna and Michelle Duggar seem deluded in defending Josh? After you share your views, check back on our site for more celebrity and reality TV news.