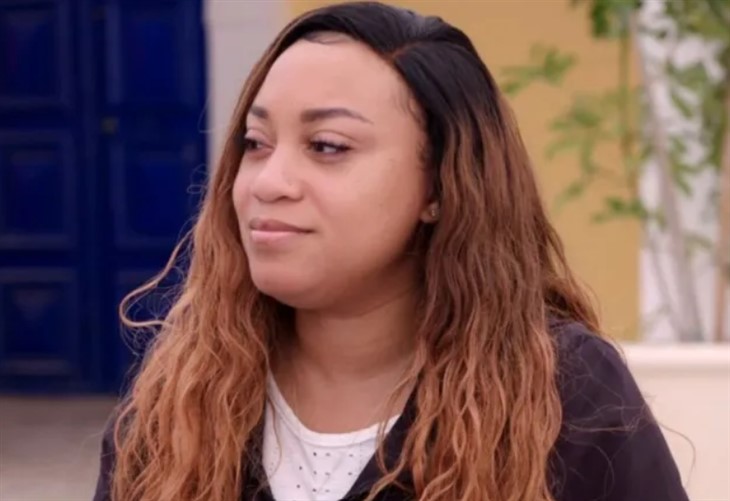 In a sneak-peek into Sunday’s episode of 90 Day Fiancé: Before the 90 Days, Memphis Sandoval reveals her tactlessness by demanding bacon in a strictly Muslim nation. In the clip, we see Memphis and Hamza Moknii getting out of bed and heading downstairs for breakfast. Meanwhile, she is feeling hungover and very hungry and totally shocks by demanding bacon.

Memphis, 34, is visiting Tunisia to meet her online love, Hamza, who she is set to marry. It was difficult enough when she discovered that he had lied about his age, as he is 26 and not 28 as he told her. On top of this, the Michigan native insisted on having some “sexy time” with Hamza, despite his mother’s religious values.

Now, 90 Day Fiancé fans will no doubt be shocked at Memphis’s total lack of tact and respect for the traditions of Islam in Sunday’s episode. The teaser clip from Sunday’s episode of 90 Day Fiancé: Before the 90 Days reveals Memphis and Hamza getting ready to start their day with a healthy breakfast. However, in her hungover state, the last thing she wants is a healthy breakfast – she wants bacon!

In the teaser video posted to the 90 Day Fiancé YouTube channel, Hamza leaves their hotel room to get a breakfast platter for the pair. However, before he gets the food, the first thing Memphis does is complain about the pulpy and sour juice.

The Michigan native is suffering from a hangover and says how hungry she is. However, after one look at the breakfast tray, Memphis tells Hamza that she doesn’t want “sweet stuff.” As he tells her he has croissants and yogurt for their breakfast, she is upset.

Speaking to the cameras, Memphis says, “After a long night of having some fun and doing cardio, I would love to have a whole bunch of bacon, some sausage, some hash browns and probably some French toast.”

Ironically, during episode 2 of 90 Day Fiancé: Before the 90 Days, Memphis visited her foster sister, Ingrid before heading to the airport. She told Ingrid, “If you have some bacon, I would love some bacon because I can have no bacon when I go down there.”

At that time, she wanted to respect Hamza’s religion while visiting him in Tunisia. However, if she knew about the Islam rules when it comes to pork, why is she now demanding bacon from her Muslim beau?

90 Day Fiancé fans soon posted comments about her ignorance. One wrote, “Going to a Muslim country and expecting bacon. What is wrong with these people?” Another commented, writing, “In the country Hamza lives bacon or any kind of pork meat it’s forbidden that’s why in the table [there] wasn’t any. She really needs to learn and respect his culture!”

Other fans wrote that Memphis should have been grateful to Hamza for the tray of healthy food that she received and should not have expected bacon. Another wrote, “Has there even been one episode where she hasn’t complained or given him an ultimatum about something? Memphis needs to go back home and get some damn therapy.”

Readers can watch the teaser clip below for Sunday’s episode below.

Days Of Our Lives Spoilers: Nicole Risks It All, Dangerous Move Saves Rafe