Days Of Our Lives Spoilers: Nicole Risks It All, Dangerous Move Saves Rafe 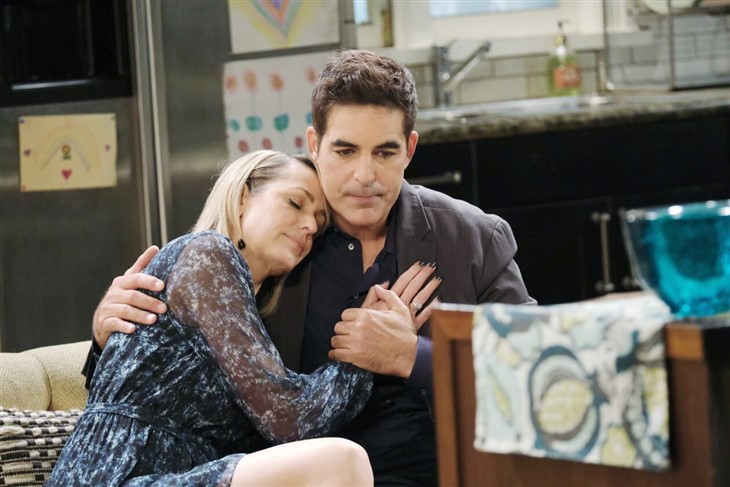 Days of Our Lives spoilers reveal that Nicole Walker (Arianne Zucker) is determined to save Rafe Hernandez (Galen Gering). During the week of February 21, Nicole risks everything for the man she loves. It is also confirmed that the gloves come off when “Racole” has an explosive confrontation with Ava Vitali (Tamara Braun).

DOOL spoilers reveal that Ava seemed to get over her obsession with Steve “Patch” Johnson (Stephen Nichols). What seems to have triggered that is her desire to make Tripp Johnson (Lucas Adams) proud. Then, Ava began falling in love with Rafe, which only made her more determined to prove she was worthy of his affections.

The only problem was that Rafe cared about Ava but was really in love with Nicole. Ava gave Rafe and Nicole several chances to become an item. Ava offered to step away from the romance as she didn’t want to get her heart broken. However, “Racole” just had to do things the hard way. Now Ava has found out about their tryst and doesn’t appreciate being made a fool of.

Ava hasn’t taken action against Nicole yet. At least, Ava hasn’t done anything directly to Nicole. However, Nicole is still affected by what’s happened to Rafe. Ava framed Rafe in a crime and he was arrested. Rafe’s name hasn’t been cleared yet and the situation appears dire. Not only could Rafe lose his entire career, but he could lose his freedom as well.

Days Of Our Lives Spoilers – Nicole Walker Risks It All

Days of Our Lives spoilers for the week of February 21 reveal that Nicole will risk everything to save Rafe. When Rafe shared his suspicions about Ava, Nicole tried to give her friend the benefit of the doubt. However, things have since changed. Nicole now realizes that Ava could be behind Rafe’s current situation and she’s not going to stand for it.

It is stated that during the week of February 21, fans can expect Rafe and Nicole to take a huge risk. The two Salemites have an explosive confrontation with Ava. It is teased that Rafe will eventually be cleared. However, what happens between now and then?

When they face the person setting up Rafe, what will Ava say? Could she try to ship Rafe and Nicole off to Kristen DiMera’s (Stacy Haiduk) deserted island? Will Ava decide that they need to die? Or could she continue to deny any involvement? Share your thoughts about this storyline and remember that the NBC soap will air new episodes again on Monday, February 21.