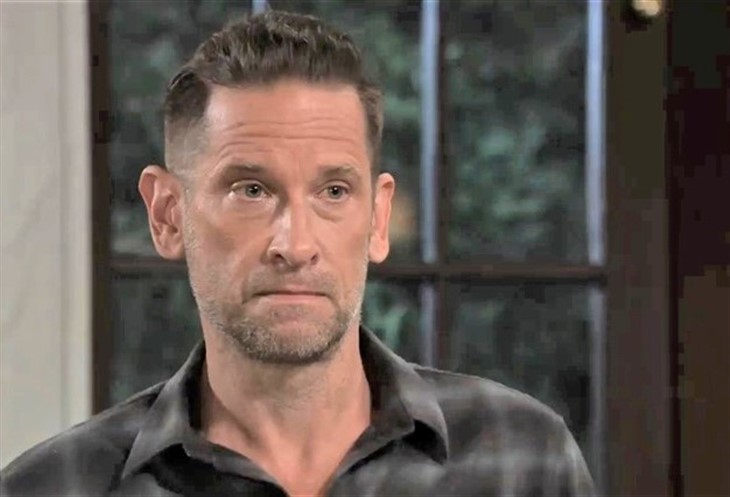 General Hospital viewers will recall that not only was Victor instrumental in figuring out that Bailey Quartermaine was really Louise Jones (London and Jett Prinzo-Berendt) he was also instrumental in getting that information to Peter August (Wes Ramsey)! And now, as General Hospital viewers will recall, even though the baby is safe, Maxie Jones (Kirsten Storms) is missing, and presumed kidnapped by Peter as well, and Austin and Liesl suspect he knows where Peter is and where he’s headed!

Austin figured that Peter was headed out of the country with Maxie on a ship off of Pier 55, and indeed that was Victor’s original plan, but Peter didn’t take the boat! Now Austin shows up at Victor’s hotel suite to “stick it to him” with a syringe, trying to force Victor into telling him where Peter has Maxie-Victor is not impressed and shoos him away! Victor tells Austin that although he admits he made mistakes working with Peter in the past, but he has nothing to do with him now and apologizes for all the trouble-he’d help if he could!

General Hospital viewers know that Austin and Liesl have this all planned out, and Liesl breaks in on Austin’s “interrogation” of Victor, and sends Austin packing, to which Victor is grateful for the “save” –trying to flatter her! Longtime General Hospital viewers will remember that Victor and Liesl used to be involved, and for years she had told him that Nathan West (Ryan Paevey) was his son to protect him from Cesar Faison (Anders Hove). Victor hopes to take advantage of that relationship-but so does Liesl, as Victor goes into his “Liesl” dance, claiming he never stopped loving her, offering to do something fo her in return for sending the syringe-wielding “maniac” away!

Liesl, in the meantime is playing Victor – and she requests his help to find Maxie; to which he tells her he will do “whatever he can”– which in this case, is nothing-he wants to find the doublecrosser as much as they do! As for Liesl, Victor wants to keep her on a string until he needs her, which he might, since she also has the skills of hypnotism!

General Hospital viewers will see that the interactions between Austin and Liesl and Victor beg the question of who’s playing who, with Austin and Liesl working together to trick Victor the wily Victor! General Hospital viewers will learn there was a lot of deception and playing games around each other, as far as Austin and Liesl against Victor is concerned-Liesl and Victor are pretty well matched on the “sneak meter”! After Liesl leaves Victor’s suite, she reveals to Austin that she managed to plant a bug on Victor and in such a way that he didn’t even notice her doing so, so now they can hear everything Victor says!

The first thing they hear is Victor giving orders to his trusty henchman Johan (Max Decker) to find Peter – and kill him, leaving no loose ends, presumably not Maxie along with him! Now Liesl and Austin will have to figure out what to do with the information they glean on the bug, to follow Johan themselves or to let the WSB and PCPD handle it!