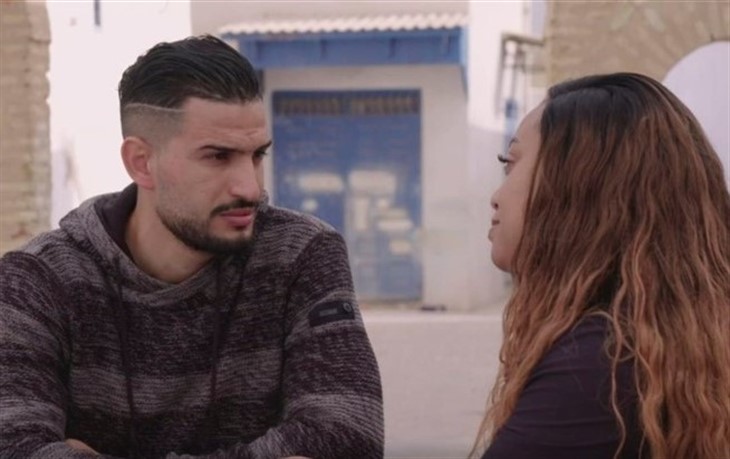 90 Day Fiance: Before the 90 Days spoilers reveal that there are some signs that Moknii Hamza and Memphis Sandoval have broken up. The hints have been all over social media and fans of the show have been trying to find out what the truth really is with these two. Memphis fell in love hard and fast with Hamza and she really wanted to get married before she left Tunisia. They have gone through quite a bit, but was their love strong enough to make it?

The hints started on social media really quickly when Memphis posted about how she was upset by her mistakes in life. Many of her fans think that it was about Hamza and how she felt he was a mistake. There were many red flags in their relationship, but it looks as if the couple tried to work through them the best that they could.

There were several hints that Hamza was abusive toward Memphis, but then Hamza would post pictures of the couple together. This began to really confuse a lot of viewers of the show.

On social media, Memphis’ mother made it out that things were over between the couple, but there are still some hints that they are still an item. Hamza has been sharing some pictures of them together on social media, which he doesn’t do very often. This has led some fans confused. Are they together or are they not?

From what we have seen, they still have a few chessy and romantic pictures together up on Instagram, so it does seem that they may be hanging in there together. There are viewers that think these could be hanging in there for a change at another 90 Day Fiance show, but we have our fingers crossed that this is the real deal.