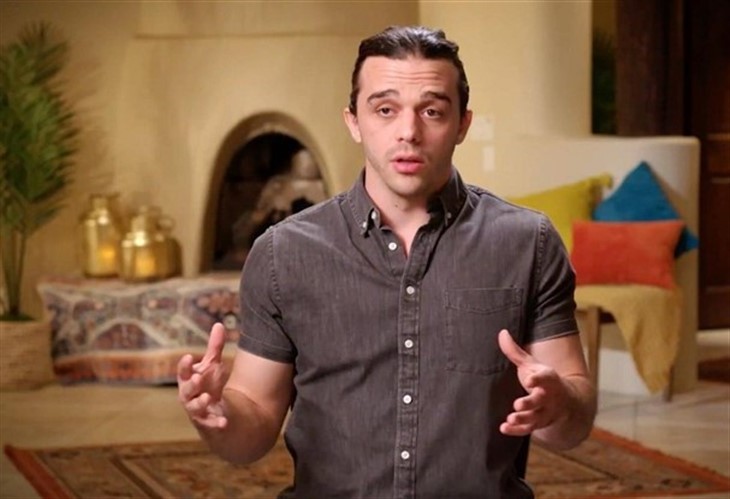 “90 Day Fiancé: Before the 90 Days” cast Caleb Greenwood has dropped some bomb truths to Alina on their last day in Turkey and ended things between them even before they started because of his concerns for dating a little person.

After connecting with each other on social media since they were 15 years old and reconnecting after losing contact for 13 years Alina Kozhevnikova felt it was time for Caleb to define their romantic relationship while they spend their last moments in Turkey. The duo agreed to test their compatibility in person and Alina wanted his reassurance that he’s her boyfriend before they go home to the United States and Russia respectively.

However, Caleb didn’t want to be pressured, so he told her some brutal truths which ended their romance on Sunday’s episode. Alina, on the other hand, felt like she’s been very patient with him so far.

’90 Day Fiancé’ Spoilers – The Right Person For The Job

Caleb told Alina that it wasn’t that simple and that he needed more time to experience what life is like with her more. He pointed out that she has needs and that someone should pay her attention for those needs to be met.

“I don’t want to take that lightly. So one big reason I’m taking time is to make sure I can be the person who can do that. I think you deserve someone who can do everything you need in terms of being your aide,” he explained as published by Entertainment Tonight.

Alina even had to ask her best friend and travel companion Elijah to go with her to Turkey who added pressure to Caleb to be intimate with the Russian beauty.

The pair made amends on their last day in Turkey to maximize their remaining time and that was when Caleb bare his heart out. Caleb explained that the reason he needed more time was that he wasn’t used to dating little people and although he likes her, he isn’t ready for the responsibilities.

“I’m a bachelor, I’m very independent. I’m used to doing me. So it scares me a little bit to imagine being with you long-term,” he confessed. This broke Alina for he thought that Caleb “was different” who would see beyond her disabilities.

“I just don’t know if the life I want for myself is one of helping someone so much,” he added.

Their romantic story ended when the two parted ways at the airport and Alina can’t even promise she’d still keep in touch.

“I don’t know if we are gonna see each other again, and this is the most hurtful part. … I’m just sad that he couldn’t love me as I loved him and wanted him to love me,” she admitted.

While Caleb has drawn flak for his honest answers, many TLC fans sided with him. In a Reddit discussion posted by u/notafrenchcruller, the viewers said Caleb has their respect for his honesty.

“… He cared about her, but he knows himself and how independent he is. It’s better not to force it because she’ll only be hurt further. Being a caregiver for a significant other, let alone anyone, is a tough job both physically and emotionally,” a fan commented.