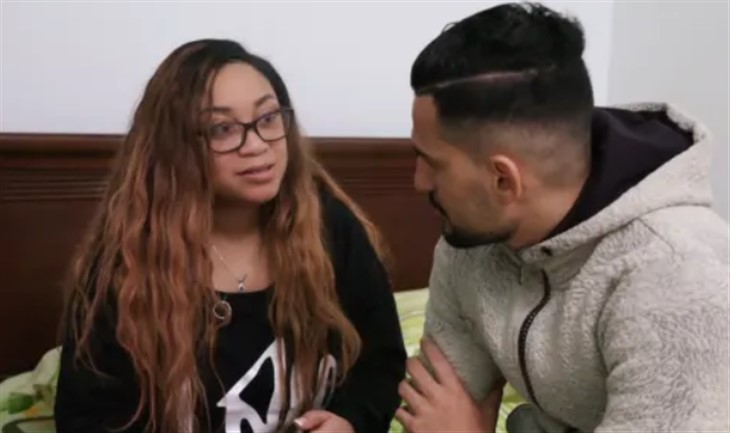 90 Day Fiancé spoilers and updates tease that Hamza Moknii and Memphis Smith are facing wedding problems before their nuptials. Will they manage to get past their issues and tie the knot?

Hamza and Memphis were introduced in the new 90 Day Fiance: Before The 90 Days season. Just like other couples, the pair have their own set of problems, from dealing with a language barrier to honesty issues. Now, the couple is facing another hurdle before they tie the knot.

Fans have seen Memphis call Hamza out for failing to file a prenup on time. She was so upset that she decided to stay in the hotel for some space. Now, it’s been revealed that Memphis wants Hamza to sign a postnuptial agreement. The rules are the same as the ones indicated in prenuptial agreement. It’s just that it’ll be signed after their wedding.

Hamza’s sister is on board with Memphis’ plan and she’s even willing to translate for her. But it seems like Hamza doesn’t want to sign anything. Because of that, Memphis has decided not to marry him unless he does.

As for Hamza, he doesn’t understand the point of having to sign a postnuptial agreement. He’s wondering why Memphis would think that he would divorce her after they tie the knot. The 26-year old Tunisian man pointed out that his parents were divorced, which is why he knows its negative effects on kids. That’s why he can’t imagine himself going through a divorce himself.

In defense, Memphis argued that the post nuptial agreement is a step that she’s taking to protect her kids and her assets. Her explanation didn’t sit well with Hamza, who thinks that signing of the agreement seems like she’s marrying a piece of paper and not the person she loves.

The post nuptial agreement is stopping the couple from moving forward with their relationship. Memphis wanted Hamza to sign the prenup, at first. When he didn’t she left Hamza’s home so she could have some time alone to think. Hamza tried to stop her but she rejected him.

When Memphis returned, she offered him to sign a postnuptial instead. Unfortunately, Hamza remains hesitant. Will Memphis manage to convince her fiancé to sign the agreement? Will Hamza understand where Memphis is coming from? Will they get married? Or will they break up over a piece of paper?

But it seems like Hamza also has issues with Memphis. Fans may recall that Memphis and Hamza also called off their wedding when the former admitted to the latter that she was sleeping at her ex-husband’s house while she was dating Hamza. Aside from that, he feels that Memphis is nagging him and bossing him around.