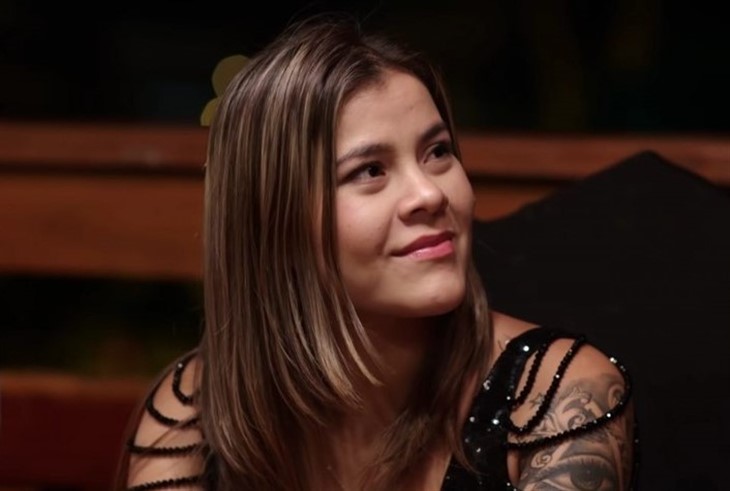 90 Day Fiancé spoilers, news, and updates tease that Ximena Morales shared a photo of her with a mystery man amidst a split with Mike Berk.

Ximena and Mike started their love story when they met on a webcam website where the Colombian resident was working as a cam girl. Mike made his way to Colombia and got engaged with Ximena immediately, but everything turned sour when the mother-of-two lost interest with the New Yorker. When Mike went to Ximena’s home country for the second time, he wondered about her sudden change of treatment towards him.

The couple got into an argument and fans started to think that Ximena and Mike called it quits. As the breakup rumor continues to circulate, Ximena shared a photo of her hand with a ring on her finger, indicating she’s engaged. The avid viewers claimed that the man’s hand in the photo was not of Mike’s.

It seemed like fans were right about Ximena and Mike’s relationship status when a photo of the Colombian beauty smiling at the camera with her kids and her alleged new man was posted by an Instagram user named truecrime_jankie, and captioned: “Ximena and her new fiancé.”

The post gained a lot of criticism from fans, saying mean words to Ximena. One fan commented, “She and Mike weren’t a good match anyway. Maybe her new man paid for it.” An Instagram user said, “This woman exposes her kids to ANYONE!” Another one chimed in, “She doesn’t respect herself and her children.”

In other news, Mike Berk shared on his social media account why he embarked on the 90 Day Fiancé journey. In his recent Q&A session, a fan asked him the reason for joining the TLC show. The New Yorker responded, “I love the franchise and really wanted to share a once-in-a-lifetime experience with my girlfriend so I can share my love story.”

When asked if he will join another 90 Day franchise, Mike answered that he decided to join the show with Ximena, seemingly saying that he will never do the show without the Colombian native. Seeing Mike’s answers, fans have concluded that the two already put their relationship to an end, especially since Ximena was already celebrating her engagement to another man.