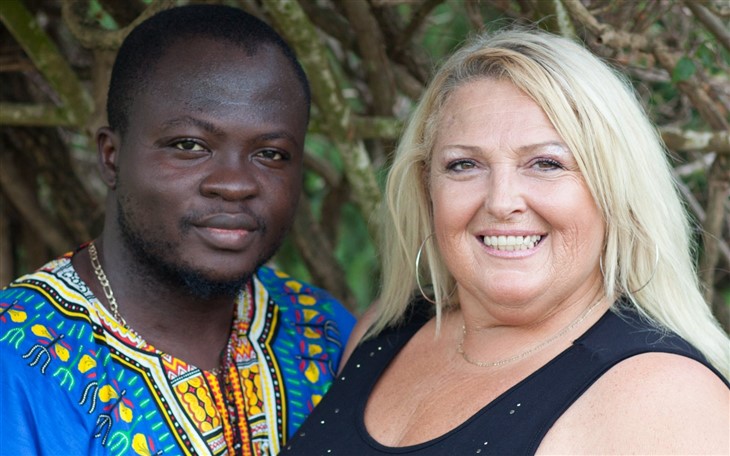 90 Day Fiance spoilers reveal that fans are concerned about Angela Deem and Michael Ilesanmi’s relationship. Are they still together? There have been a lot of rumors swirling around about the couple and it looks as if they were all started by Usman Umar.

There have been many rumors going around that Michael and Angela are no more and fans were pretty upset by it. Usman, aka SojaBoy made a post all about their relationship and this hit hard. Usman called Angela out on a Cameo that he and Michael did together. He pointed out that Angela wasn’t going to take him to America and that she had just been using him and was a big scammer. This made her very upset.

Right before Usman posted this to Instagram, Angela posted it and captioned it, “Birds of a feather flock together.” Then she told fans that Michael had blocked her on Instagram and she was angered that Usman called her out. Now it looks as if the couple is not following one another on social media and things could be over for them.

This is not the first time that Angela and Michael have had a falling out. They are very public about their fights and always love to share the drama, or at least, Angela does. Angela has removed Michael’s name from her bio and it looks like she has had enough of him. Usman did call Angela a scammer, but then what she wrote back was shocking.

Angela wrote to Usman, “You’re full of s**t! You’re a scammer. That’s why Nigerians get a bad name.” Her fans were shocked to see her call him out, but there were some that weren’t surprised by this at all. We will have to keep an eye on these two to see what happens next. Hopefully they will make a statement on their marriage to keep us all informed.

Be sure to catch up on everything happening with 90 Day Fiance right now. Come back here often for 90 Day Fiance spoilers, news, and updates

Who Is Maurice Benard Married To?