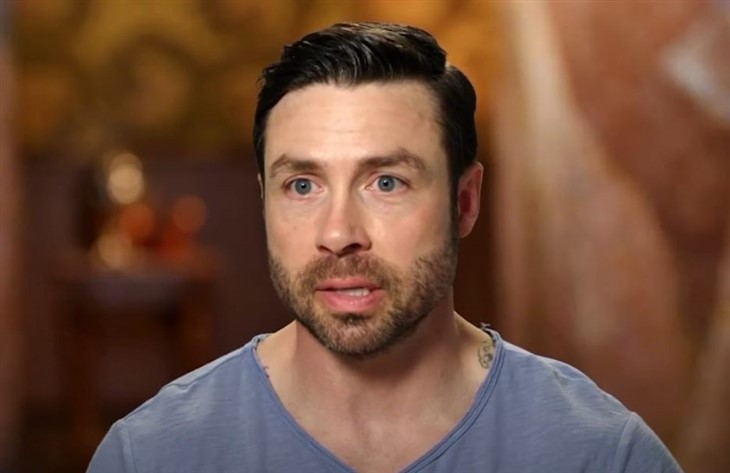 90 Day Fiance star Geoffrey Paschel was found guilty of charges against him by his ex. It all took place in 2019. However, he only now faces his sentencing date for aggravated kidnapping and domestic assault. On February 2, Varya Malina prepared his clothing outfit for his court appearance the next day. Are there actually any fans who hope he doesn’t end up wearing stripes for a long time into the future?

When Geoffrey took his case to court, it seems that he made a miscalculation. He could have just pleaded guilty and it would all be over by now. However, he wanted to clear his name and seemed confident he would not be found guilty. Well, Tennessee seems very intolerant of any domestic violence and the jury convicted him on all counts. So, he languished in jail for months. Meanwhile, his girlfriend Varya Malina stood by him and his family and picked up a lot of hate for it. So, you might think that everyone hopes he gets to wear stripes, so to speak, forever.

Varya even shared a photo of the 90 Day Fiance star in jail, and loads of people slammed him. Of course, many people have nothing good to say about him. In fact, many fans wished him a life of pain and suffering long before his trial even began. Naturally, they all felt vindicated when he was found guilty. Meanwhile, his family and some loyal fans tried desperately to raise some funds to appeal his case. That doesn’t seem to have happened. But, perhaps the appeal will come after his sentencing takes place.

90 Day Fiance Spoilers – Choosing An Outfit With No Stripes

The day before Geoffrey Paschel finds out how many years he faces away from his family, Varya took to her Instagram and shared a video clip. In it, she was busy choosing nice clothes for the court appearance. Well, she was probably broken inside but acted happily. One by one, she pulled out clothes from the racks and chose or discarded items. Finally, she settled on a blue suit with a blue shirt and one item with stripes: his tie. But, she did say that she would avoid anything heavily striped

Bear in mind, the 90 Day Fiance star will appear on Court TV, possibly one show he hoped to avoid. Plus, he hopes to at least look respectable. Well, a lot of fans commented inside of an hour, although it was quite late at night. 318 comments went in and over 2K likes.

Many similar comments arrived. Here are just a few of them:

God bless you going to support Geoffrey. No matter the outcome know that I’ll be praying for both of you. Walk with your head up, never down! Xoxo

Sending all positive energy and lots of prayers for the best outcome possible. ❤️❤️❤️❤️❤️🙌🙌🙌🙌

B&B Spoilers: Steffy Is Ready To Take Brooke Down Now