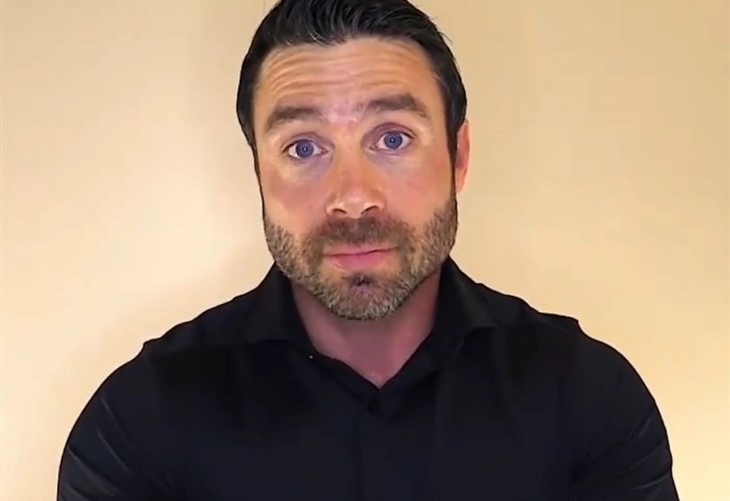 90 Day Fiance fans who watched Geoffrey Paschel’s sentencing mocked and slammed Varya Malina. However, it’s not clear why they hate her so much. After all, she never assaulted anyone. All she did was fall in love with a guy who seemed to be quite handsome and often, they had fun together. So, what is she saying now that he heard his sentence in a Tennessee court?

Certainly, it seems as though Varya gets hated by a lot of people because Geoffry was found guilty of committing a crime. Recall, he faced charges of aggravated kidnapping and domestic assault. Well, some folks might admire her loyalty and her character as she spent months supporting his family and keeping his properties in order. Plus, she possibly hoped he might not go to jail as she packed a nice suit for him. However, he never went home and he appeared in court in a striped prison outfit.

It seems as if Varya from 90 Day Fiance is hated for standing by the man she loves. Strangely enough, it’s fine to do that if you star in WETvs Love During Lockup spinoff. But, it’s not okay for Varya. Actually, she fell in love, moved from her home country, and then saw her man incarcerated. She could have walked away. In fact,  nobody made her help his sons and support his mom, or Geoffrey. However, TLC fans don’t seem to appreciate her loyalty. Obviously, she must feel devastated as Geoffrey was sentenced to 18 years with no possibility of parole.

90 Day Fiance Spoilers – Fans Comment As The Sentencing Plays Out

Court TV covered the sentencing on February 2 and fans saw Geoffrey looking resigned as his sentence was called out. Mary also attended but was reportedly removed as she become too vocal during the testimony. It’s not clear where Mary fits into the picture these days. Recall, at one stage, Geoffrey was with her when Varya turned up. Fans who watched the sentencing on TV have differing opinions of his ex who brought the charges against him Some of them commented on YouTube that she seems unbelievable. Still, that didn’t rock the socks of the judge.

Many 90 Day Fiance fans still love Geoffrey and believe his version that his ex self-inflicted her injuries. However, many others just love that he got nearly the maximum sentence the court could give him. Meanwhile, others slammed Varya for supporting him. Talking about Geoffrey’s ex, one fan noted, “​I don’t like that she is volunteering info and not just responding to questions only.” Well, she did the same thing during the trial and that nearly ended up as a mistrail. In fact, there’s a big possibility that Geoffrey’s legal team will appeal the sentence.

90 Day Fiance fans might wonder if Varya is speaking out about her lover’s sentence. Well, initially she said nothing on her social media. Perhaps she sticks with his sons at home and comforts them as they now face life without their father. Geoffrey seemed convinced that he would win his case. Clearly, Varya also hoped that he would win. Now, she faces some massive decisions in her life.

However, late at night, she posted up saying they kind of expected a long sentence. However, they believe that they have good grounds for their appeal.