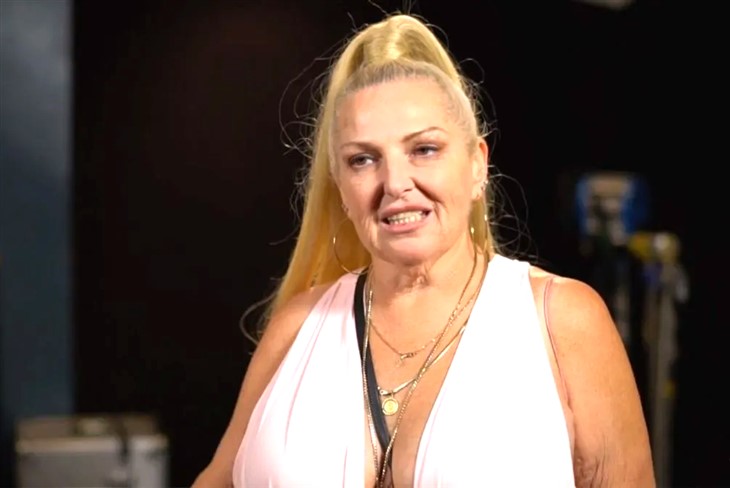 90 Day Spoilers suggest that Angela Deem may have earned herself a 90 days spin-off that she is filming in New York. Has the outspoken star earned her own show?

90 Day Fiance’s Angela got her start with the 90 day series 90 Day Fiancé: Before the 90 Days in season two when she met Michael Ilesanmi after chatting with him on Facebook for some time. Angela and Michael have had numerous fights where she would claim to be done only to make up shortly afterward.

Michael and Angela married in January of 2020 but Michael was never approved to come to the United States to be with Angela. Michael and Angela also have major issues over him wanting a child of his own since Angela was in her 50’s and unable to have kids. Angela wanted her daughter to donate an egg originally but later changed her mind and had weight loss surgery instead. Michael has still not been seen in the United States.

90 Day Fiance’s Michael and Angela had a very public breakup on the 90 Day Fiance tell all that lead to Angela flashing everyone with her new, perky boobs. Angela proceeded to accuse Michael’s aunt of sleeping with him as the aunt argued how it was Michael’s responsibility to have a child.

Angela left stating that she would enjoy life as a single woman until Michael’s long-awaited visa comes through. Angela accused Michael of not offering her enough support during her weight loss surgery recovery. Angela claimed she wanted to look sexy for Michael. Michael accused Angela of having an affair with her surgeon.

According to a 90 Day fan who says they met Angela in New York, Angela was with a friend who will also be on the show. Angela reportedly revealed that they had recently got some botox. It would also seem that Angela still has not kicked her smoking habit either. Angela even had one surgery canceled because she could not kick the habit.

Although Angela is heard uttering Michael’s name in a recently posted video, some fans seem to think that she could be starring in season three of The Single Life. Did Angela and Michael split after the tell-all episode of 90 Day Fiance’ or did the couple make up like they usually do? Has Michael got his visa yet to come to the states? Answers should be coming soon no matter what show Angela is staring in.