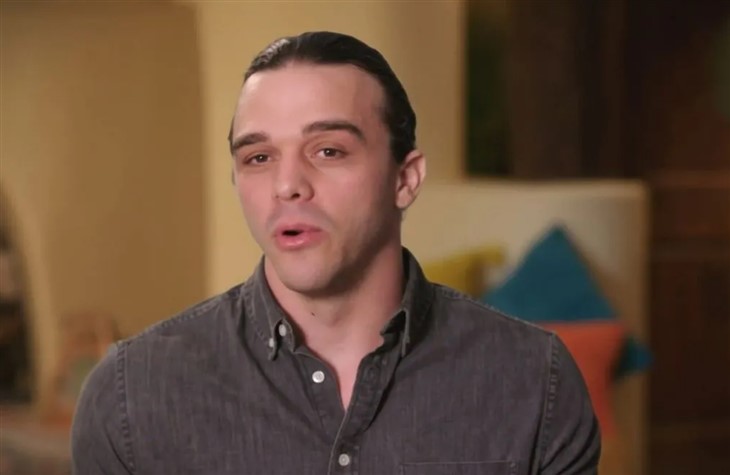 90 Day Fiance spoilers reveal that fans are concerned about what happens with Caleb Greenwood now that Alina Kasha is fired from the show? Fans had just really started to like the couple, but when racist comments came out on her social media account, TLC took it upon themselves to fire her from the show. Now where does that leave Caleb?

From what we saw, Alina had used the N-word multiple times in her Instagram post from years back. Fans of the show were irate and Alina just seemed to make different excuses each time she talked about these posts. The last episode that we saw Alina in was about Caleb wondering what was next for the couple. It looks like we won’t see her in anymore episodes, but what about Caleb?

Many fans think that they could still be dating, but we won’t know until we see him on the Tell-All, but she won’t be there. He has been pretty vague on Instagram about things and is just sharing his life with fans. Alina hasn’t posted in a few weeks now and fans are starting to get worried about her. Clearly, she wasn’t expecting someone to find these posts from years ago.

From the first episode until now, Caleb has grown very popular and it is only right for him to appear on the Tell-All, right? Some fans want to see him to see what he has to say about Alina, while others aren’t sure that he will be on there. Fans think that he does have a right to state his case when it comes to being on the show and dating her and we do hope that he can tell viewers his opinion on what happened.

We are going to miss seeing Caleb on the show, but for now, we will just have to keep up with him on Instagram.

GH Spoilers: Harmony And Alexis – Let’s Give Them Something To Talk About