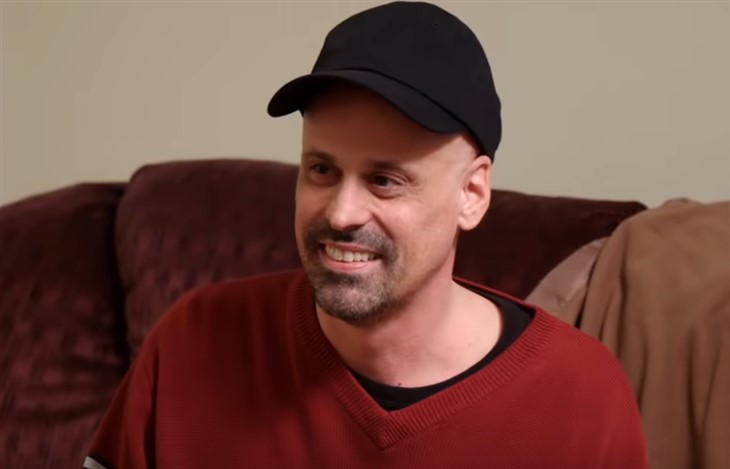 In a teaser clip for Sunday’s episode of 90 Day Fiancé: Before the 90 Days Gino reveals some shocking news to Jasmine. He opens up to say that he was previously a member of a sugar daddy/sugar baby website, where he paid women to go on dates with him. Jasmine is horrified and starts packing her things to leave their romantic getaway.

In last Sunday’s episode of 90 Day Fiancé: Before the 90 Days, Jasmine told Gino that one of his exes had reached out to her on social media. The woman claimed that Gino had sent her naked photos. However, things are set to get even worse in their rocky relationship in Sunday’s upcoming episode.

In a teaser clip for the Sunday, February 6 episode, Gino tells the cameras that before he met Jasmine, he was looking for a long-term relationship. However, he found normal dating sites weren’t working for him, so he decided to try something different. Gino admits to the cameras that he was on a sugar daddy/sugar baby site.

When a producer asked Gino if he paid girls to go on dates, he replies, “A couple of times, but it was dinner dates.” When the TLC reality star was asked if he just paid for dinner, or if he paid the woman direct, he replied, saying, “I paid them.”

“The couple of dinner dates that I went on, I kind of realized that this wasn’t a very good way for me to find true love. But clearly, Jasmine has the wrong impression of me from those texts,” he added.

90 Day Fiancé Spoilers – Jasmine Pineda Is ‘Not A Sugar Baby’

Flash forward to the upcoming episode and Gino and Jasmine are on their romantic getaway. However, when Jasmine learned the news, she angrily says, “I’m sorry, I’m not a sugar baby. I prefer to have three, four, five, six, seven jobs.” Meanwhile, she said she can accept poverty, adding, “but this is depressing because men like you take advantage of women that need it.” Her temper then exploded, as she tells Gino, “This is the last time you will see me in your ***damn f*****g life.”

Jasmine added that she had thought her ex was bad, but that was just an appetizer. She said, “Can you imagine like me, going to the USA?”

Gino responds, telling Jasmine that if she can’t talk “peacefully,” she can go. This makes her explode. She tells him that she hates him, adding, “You f*****g liar. I hate you because you broke my f*****g heart.” However, Jasmine did admit that this will just make her stronger and that she will find true love.

“Because it might seem like it doesn’t, but at the end, the good ones always succeed. Believe it or not. My time will come,” she added.

Readers can watch the teaser clip below for Sunday’s episode below.