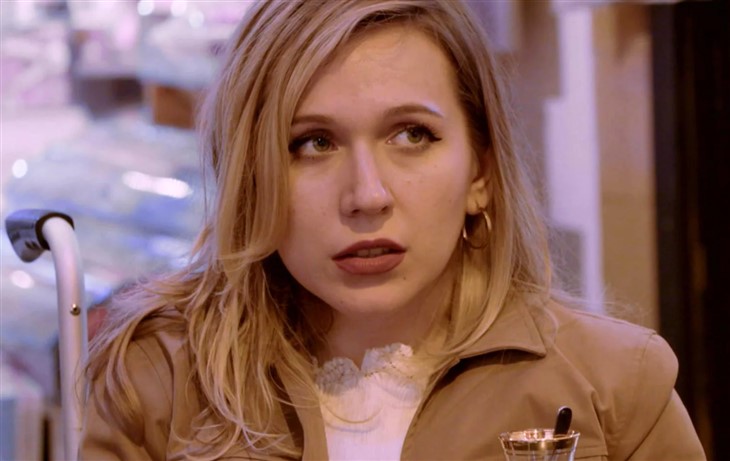 Most 90 Day Fiancé fans know well that you have to be careful about what you post on social media. This is especially so for TLC reality stars as there are so many sharp-eyed people out there ready to catch your mistakes along the way. The latest scandal relates to Alina Kozhevnikova, who is now in trouble with fans for using the N-word in an old post.

As Alina and Caleb continue to struggle with their relationship, due to their immense height difference, the Russian beauty has managed to cause a scandal. Alina has recently revealed that she stayed in the US as an exchange student in 2010-11. After mentioning that fact, she shared some throwback photos from what she termed her “gender bender” themed homecoming week. The image was quickly deleted by Alina once fans saw her using a variation of the N-word in her caption.

The offending post showed Alina with a beard painted on her face and referring to her “boy version,” Allen. Some days later, someone posted a screenshot to social media with the caption “Yo [N-word] gotta do sum [sic] gold diggin #gangsta #mymomwantedason #throwback #homecoming.”

Once the screenshot appeared, Alina went quiet for a while on social media. However, eventually, she enjoyed a since-deleted convo with a blogger on IG DMs, where she made the claim that the screenshot had been “edited” and that she could also “make stuff like this in Photoshop.” Alina pointed out that she is also a minority and that she would never disrespect other minorities, saying it “doesn’t make sense.”

Now, Alina seems to have been caught out in a lie, so she decided to take to Instagram Stories to share an apology for her racial slur. She wrote, “I’m sure some of you have seen the screenshot of one of my past posts. I sincerely want to apologize to those whose feelings have been hurt,” adding, “I never intended to offend anyone,” she noted. “I am and always will be against any form of discrimination.”

The Russian 90 Day Fiancé star tried to explain just why she had used the “N-word.” She said her English is okay, but she is Russian and there are plenty of nuances you learn over time. Alina wrote that “she didn’t know the impact of the word” that she used in that post so long ago. She went on to say she saw a lot of people use the term on social media, so she believed it meant “bro” or “fella.” Alina then sent her deepest apologies to those who were hurt by her words.

Readers, do you think social media users are making too much out of the incident? Let us know by dropping a comment below.