90 Day Fiancé: Ella And Johnny Remain Tight Despite Not Seeing Each Other In Person 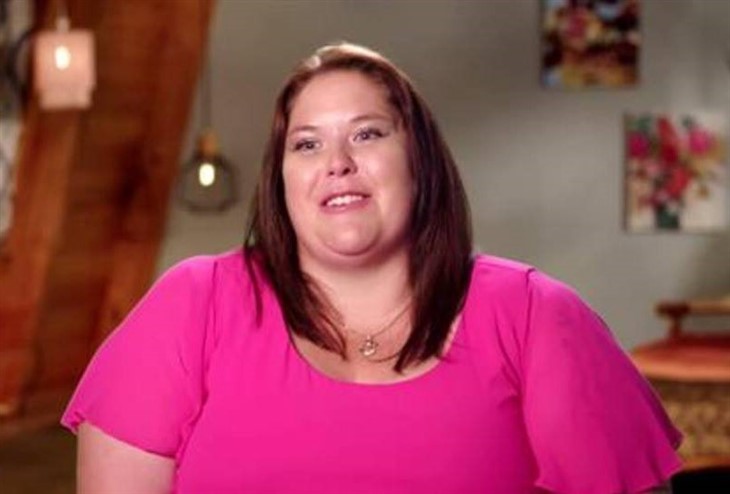 90 Day Fiance Ella and Johnny were introduced to the TLC show as two people who met in a social media group. Johnny is a Chinese man who is a single dad to his five-year-old son Stony and works in electric car manufacturing.

When Johnny met Ella, he was willing to leave his child and work in China to fly to the United States to meet the love of his life. Despite his friends’ discouragement, Johnny was ready to take a risk and adjust to ranch life with Ella.

When he was making his way to the US, Ella was showing off her obsession with Asian culture, especially anime characters. She was once slammed on social media and accused of fetishizing Johnny. Being overweight, Ella was doing her best to focus on her diet and workout to please Johnny as he was also the one who continues to encourage her to maintain her fitness journey.

However, 90 Day Fiance spoilers show Johnny’s plan to see Ella is hindered by so many things as revealed in the latest “90 Day” episode. Ella got news about Johnny’s Singapore visa being denied, which will prolong their waiting days of finally seeing each other face to face. Yet fans can see that Ella and Johnny are getting strong as the Idaho resident gives hints on her social media account.

Fans got an idea about the real status of the “90 Day” stars Johnny and Ella based on the latter’s post and her replies to the fans’ comments on social media.

It was confirmed that Ella and Johnny are still on when a fan commented on her Instagram post about her extreme love for anime. When asked if the TLC star has been into an anime expo in LA, she responded admitting that she has been only into the anime expo in Boise but looks forward to going to LA with Johnny in the future.

Just recently, fans are convinced the couple is serious about each other after filming Season 5 of “90 Day Fiancé: Before the 90 Days” as Ella posted a photo of her singing in an event last September 23, 2021, with a caption: “My dad was so nice, he took pictures of me singing this year at the Mackay BBQ 2021. Hope next year, Johnny will be here to see me sing in person!!!”

Despite the challenges of having a long-distance relationship, Ella and Johnny are still holding on to their romance and the avid viewers of the TLC show are excited to see what will happen next when they finally meet anytime in the future. Keep checking Soap Opera Spy for more 90 Day Fiance spoilers and updates.