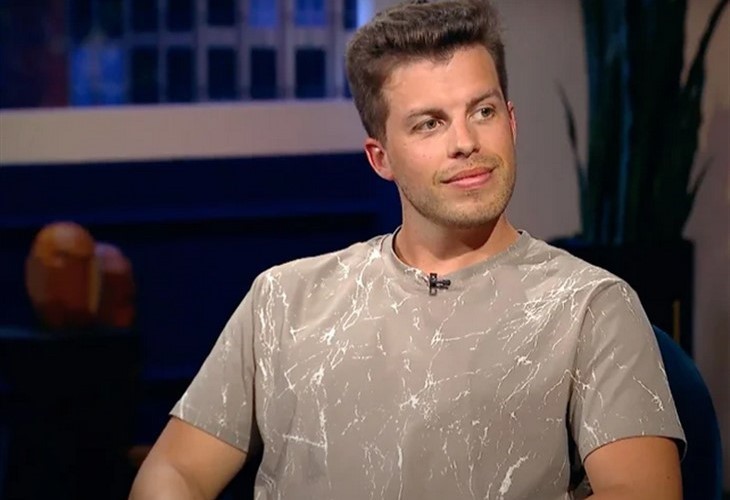 When 90 Day Fiancé fans first met Jovi Dufren he was quite the party boy in New Orleans. Along came Ukrainian beauty Yara, followed by the couple’s ultra-cute daughter, Mylah. These days, fans are wondering how Jovi is coping in his new role as husband and father, so he recently opened up a little about his life with Yara in an Instagram video.

Jovi and Yara first met on an international dating app and have always shared travel content on their social media. In fact, the pair still posts about their various adventures, traveling through the US. One major change here is that Jovi and Yara now include baby Mylah in their Instagram posts.

They both still love traveling, which makes them get along well, even though their personalities are so different. In Yara’s case, she loves to shop, but doesn’t drink much, or really want to party, unlike her husband – well, at least until recently.

90 Day Fiancé fans were shocked indeed when former strip club fan and party boy Jovi Dufren became a dad. The couple then welcomed their daughter, Mylah at the end of season 8 of 90 Day Fiancé

Recently, Jovi made a post to his Instagram, sharing a video compilation of old footage of himself getting drunk and partying. Other clips revealed Dufren playing with dolls with little Mylah, and pointing out how much his life has changed. Even better, Jodi says he “wouldn’t have it any other way.”

Dufren may have put crying emojis on the part of the video where he mentioned life changes, but he did admit that he has “had his fun.” He backed his video with a song called “Better Now,” pointing out that his life has, indeed, changed for the better. Readers can see the post here:

Jovi’s fans were quick to comment on his new video, praising him for his words. Fans will remember that he recently sat apart from Yara and Mylah on one of the family’s recent flights, saying that, “Yara could deal with Mylah.” Referring to that incident, some fans responded saying that parents sometimes need time to themselves.

Meanwhile, Jovi’s mom, Gwen, headed to the comment section of the Instagram post. She wrote that she thought her son’s followers were being “a bit sensitive.” Meanwhile, many followers loved the new post and the fact that Jovi Dufren actually enjoys his new life as a dad. One 90 Day Fiancé fan commented saying, “Omg you were a wreck LOL. Thank god for Yara and Mylah.” Thank God indeed!

Readers, do you think Jovi has turned into a great dad and family man? Let us know by dropping a comment below.