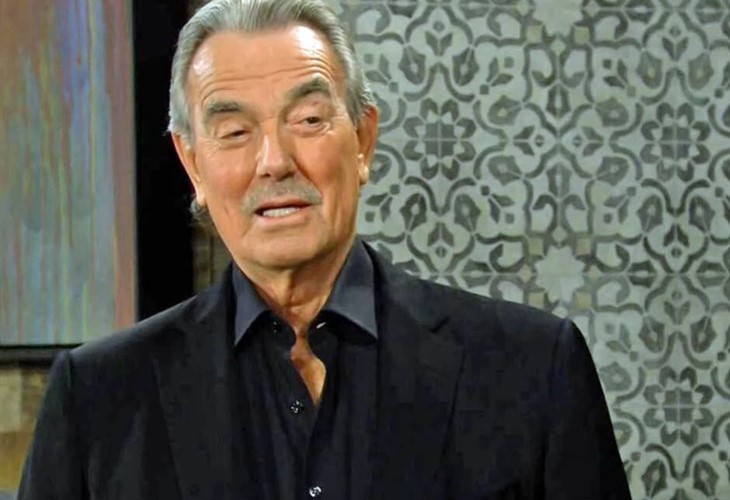 Viewers of The Young and The Restless will have noticed that Victoria seems way too worried about Billy, even though they have been divorced for quite some time and she has remarried! Viewers of The Young and The Restless will recall that Billy had moved on as well, with his partner at ChancComm Lily Winters (Christel Khalil). Now, with the scandal that rocked ChancComm thanks to the machinations of Victor and Adam Newman (Mark Grossman) behind the scenes and their collaborative efforts with Jesse Gaines, Jr. (Jamison Jones) Billy has stepped down.

Not only that, but his mother Jill Abbott (Jess Walton) has decided to sell ChancComm to the highest bidder! That puts Billy in an “early retirement” as Adam recently teased him about when they encountered each other while picking up some lunch! Viewers of The Young and The Restless will recall that Victoria had worried about the effects of the scandal on her and Billy’s children, but now that they have been put in boarding school to shield them, Victor notes that she still seems concerned about Billy Boy!

Longtime viewers of The Young and The Restless will remember that every time something doesn’t go Billy’s way, he goes into a very predictable downhill spiral. That happened when Jack Abbott (Peter Bergman) fired him from Jabot – Billy started drinking and gambling again, and the time before that was even worse – when Chloe Mitchell (Elizabeth Hendrickson) first came back to Genoa City.

Billy went into a post-traumatic meltdown, hallucinating their late daughter, Delia Abbott (Sophie Pollono) and setting up Adam to run him over and kill him in the same spot that Delia had been run over and killed! Longtime viewers of The Young and The Restless will recall that Billy went after Adam back then too, fighting with him on the end of a cliff in an SUV, which tumbled down with Adam still in it and caught fire!

When Billy tried to recreate Delia’s death with Adam, Chloe followed him in an effort to prevent Billy from committing murder, pushing Adam out of the way and then getting Billy, who had broken his leg to a boathouse. Viewers will recall that at that point, Kevin Fisher (Greg Rikaart) came to help and they eventually contacted Victoria, who helped Billy beat his bout with dissociative identity disorder on his own.

Viewers of The Young and The Restless will see Victoria talk to her new husband, Ashland Locke (Richard Burgi) first, and then decides she wants to talk with her father about the ChancComm situation. She has some bones to pick with Victor over Adam as well, telling him that Ashland is her partner and there seems to be a competition going on between Adam and Ashland.

She notes how Adam doesn’t like being beat out by Ashland or anyone else. Victor rolls his eyes and looks around and wonders where Adam gets that trait from, considering that he, Adam, and Victoria are all competitive and none of them like to be beaten! Victor’s opinion of ChancComm is that he doesn’t care – let the best competitor win. Billy Boy had his chance to become a successful business man on his own, and as usual he blew it – and he also thinks Victoria is way more concerned about Billy Boy than she is about the company he just lost. Victor warns her not to try to protect him, because he will be the loser and if she realigns herself with him, Billy could take her down with him!