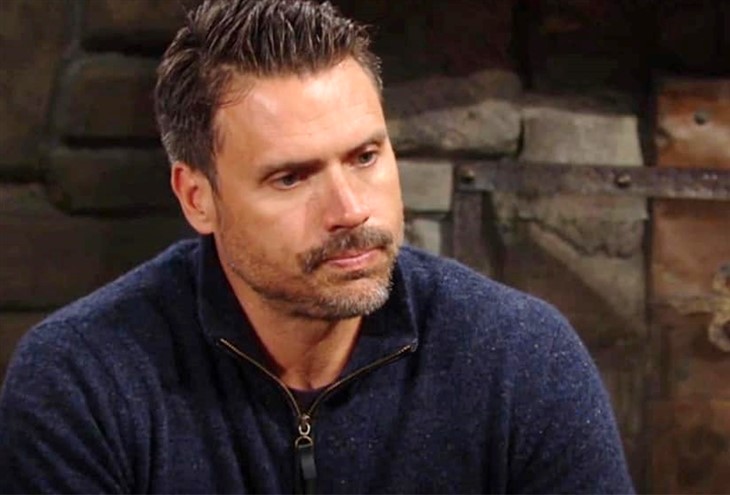 The Young and the Restless spoilers reveal that Nick Newman (Joshua Morrow) decides to clear the air with Ashland Locke (Richard Burgi). Nick is once again at war with his family, but wants to fix his relationship with Victoria Newman-Locke (Amelia Heinle). However, Nick’s good intentions could ignite further drama with the Newman family.

The Young And The Restless Spoilers – Fixing Sibling Relationship

Y&R spoilers reveal that Victoria confided her doubts about Ashland to Nick. Victoria felt that he was the one person that she could trust. So, when Nick betrayed Victoria by investigating Ashland’s past, it caused a big rift between the brother and sister. Since then, Nick has tried to fix his relationship and things seem to be going well enough. However, to really earn Victoria’s forgiveness, Nick knows that he needs to have a talk with Ashland.

During the week of December 6, Nick will approach Ashland with the intention of clearing the air. Nick still doesn’t think he did anything wrong as he was just trying to protect his sister. Plus, Nick knows in his gut that Ashland isn’t being totally honest with Victoria.

However, Nick is at odds with his whole family right now. Plus, Nick is also reeling from splitting up with Phyllis Summers (Michelle Stafford). So, Nick could offer Ashland an apology for crossing the line and explain he had good intentions.

The Young And The Restless Spoilers – Adam Newman’s Rage

The Young and the Restless spoilers reveal that Victoria and Adam Newman (Mark Grossman) called a truce for the wedding. Adam and Victor Newman (Eric Braeden) even let Ashland in on their plans to take down Billy Abbott (Jason Thompson). However, the truce was short-lived. When Adam found out that Ashland double-crossed him and Victor, he was furious. So, the feud has reignited.

When Adam finds out that Nick is on good terms with “Ashtoria,” that will make him even angrier. For a time, it seemed as if Nick and Adam were putting their differences aside. Fans knew it would only be a matter of time before Adam and Nick would be at odds again, though.

As Victoria and Ashland try to build their empire and take over Genoa City — then the world — they will burn bridges. Right now, Victor thinks that Victoria’s offer for ChancComm is just business. However, Victoria could become even more ruthless the longer she is with Ashland.

Victor might realize that as “Ashtoria” makes big plans for the future, that family isn’t off limits. In fact, Victor could be their next target. Even though Nick doesn’t want to get involved in his family’s politics and battles, he could be forced to make a choice. Will Nick be Team “Ashtoria” or Team Newman?