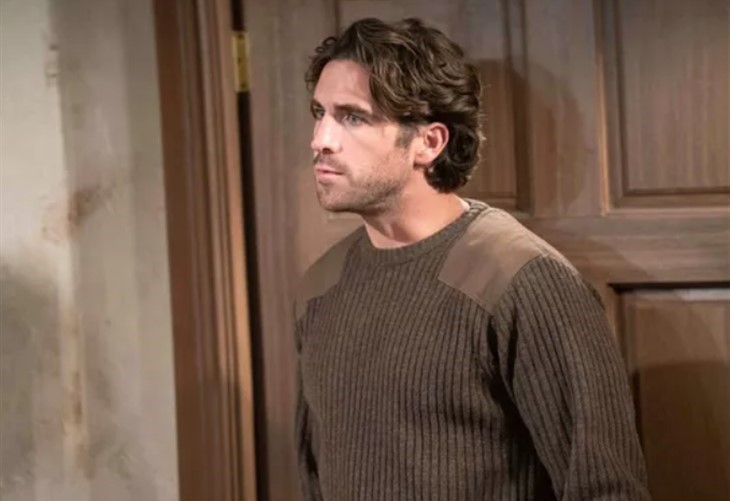 The Young and the Restless spoilers document that Chance Chancellor (Connor Floyd) is not thinking logically. Instead, this returned character is allowing his emotions to rule him.

While Abby Newman Abbott Chancellor (Melissa Ordway) is thrilled to be with her husband again, she must reinforce his obligations as a family man. Life is no longer about throwing daytime caution to the wind and rushing off to wherever.

Kim Dunaway (Roxanne Hart) described Chance as a great man. While that assessment of his recent bravery is apt, excessive praise through the years may have enabled Chance to believe that he is invincible, which is not how a responsible husband and father should think.

The Young And The Restless Spoilers – The NeverEnding Y&R Story

The subject header is a wink toward a 1984 flick of a similar name, The NeverEnding Story. That fantasy story was centered on a boy who escaped reality through the pages of a book.

TPTB wrote what felt like a never-ending storyline that opened almost ten months ago. Chance (as then played by Donny Boaz) took a call in the living room of the Chancellor mansion while he was alone.

He agreed to accept an assignment from the government agency that once employed him and dashed off to parts unknown. He was said to go deep undercover as Y&R decided how to proceed with this character.

The decision to not renew Boaz’ contract seemed unusual and has not been fully explained. Fast-forwarding the video cassette recorder (another 1980’s wink for Generation X’ers and others), the fans saw Chabs reunite in Majorca, Spain.

Ashley Abbott (Eileen Davidson) and Jack Abbott (Peter Bergman) were also thinking with heavy emotion when they jetted, during the Thanksgiving holiday, to Valencia, Spain. The viewers knew they were on a goose chase, as Abby was in Majorca.

Viewers know that Chance is alive. So why were Ashley, Jack, Victor, and Devon written into what is a dead-end street?

The telegraphed end of this arc could be that the bad guys and ladies are captured, with or without Chance’s help. Viewers likely do not want to see the menace that Chance and his team confronted track him to Wisconsin.

Abby believes that she has been careful and has not blown Chance’s cover. Viewers will soon see if Chabs remains safe in Majorca or GC.