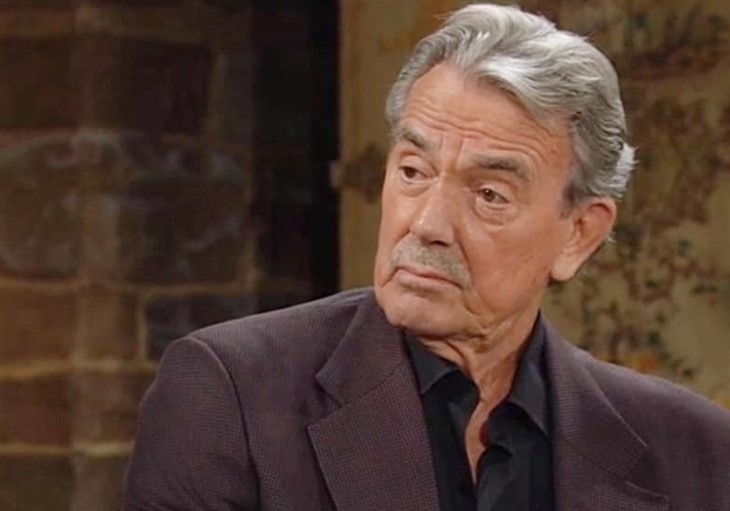 The Young And The Restless Spoilers – Victor Newman Stayed In Genoa City, But It Doesn’t Mean He’s Home Twiddling His Thumbs!

Viewers of The Young and The Restless will recall that Victor had intended to go to Spain with Abby’s mother Ashley Abbott (Eileen Davidson) to look for their missing daughter, who they know has gone looking for her missing husband, Chance. He was convinced to stay home just in case Abby showed up there, so Ashley’s brother Jack Abbott (Peter Bergman) went with her instead. But just because Victor stayed in Genoa City, it doesn’t mean he’s just home twiddling his thumbs! His investigators found where Abby had stayed before leaving for Spain, and retrieved one of Chance’s military pins.

Like father like daughter, Victor decides to do some investigation into Chance’s past to try and get some leads on where she might look for him, particularly for people who he might have been close to while in Iraq. Little does he or Jack and Ashley know that Abby is several steps ahead of them, and has already found Chance staying with Kim Dunaway (Roxanne Hart) and her husband Errol Dunaway (uncast character) in Soller, Spain.

Viewers of The Young and The Restless will remember that there are none of Chance’s team in Valencia, Spain left alive. The bombing of the safe house killed all of them, save Chance, who unbeknownst to Ashley, Jack, Victor and Christine Baldwin (Lauralee Bell) is explaining to Abby what happened. He was thirty yards from the door when the safe house blew up, and he went in to try and save some of his team when a beam fell on his leg.

He also suffered a head injury, and recognized one of the bombers as they came back to inspect their work! He managed to elude them and make his way to Soller, where Kim and Errol have been taking care of him. Jack and Ashley have been hitting nothing but dead ends, and Christine, who Ashley had called, verified no one survived who could have given Abby any information. However, Christine said they were looking for those he worked with in Iraq – who, as viewers of The Young and The Restless can guess, are probably the Dunaways.

Viewers of The Young and The Restless will see Victor get a call, likely from his investigators, and then he calls Ashley, who tells him what Christine told her about there being no survivors. Ashley is worried that what appears to be the truth, that Chance did not survive, will be more than Abby will be able to take! But, as longtime viewers of The Young and The Restless will recall, Victor knows that Chance faked his death before – as has Victor, and Adam Newman (Mark Grossman) and Chance may have had to do so again out of self-protection and protection of his family. Victor will continue investigating Chance’s past until he gets something concrete to report!